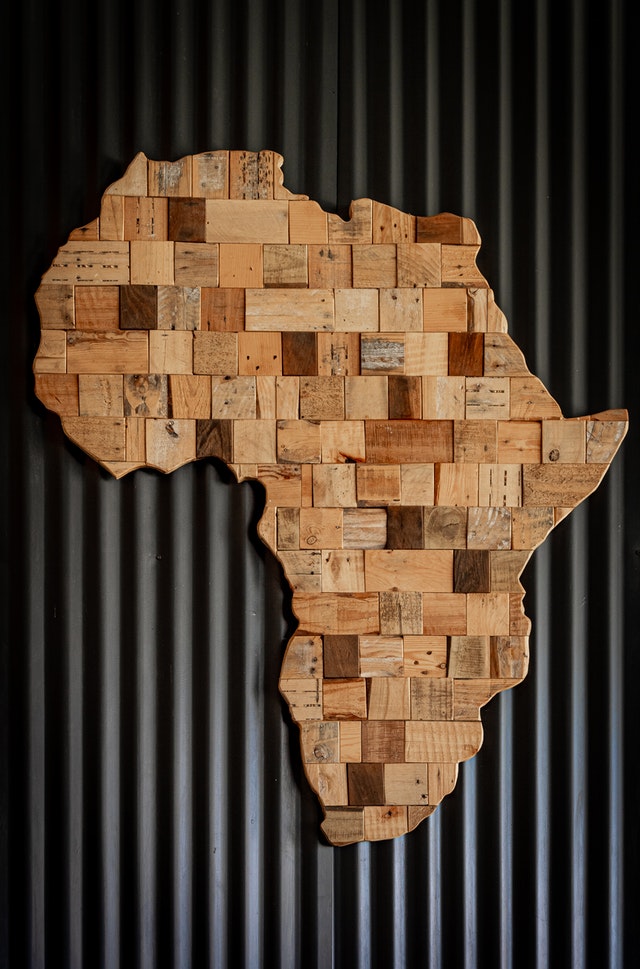 ‘Patriotism of the stomach’ is much more pitiable than it sounds. Patriotism, even in moderate forms, is a thoroughly virtuous state of being to adopt underpinned by loyalty, commitment, support and above all selflessness in support and defence of one’s country. In Africa, it is the reverse, with rare exceptions. Patriotism is the adherence to national interests, not personal or crony interests. Unfortunately, the most’ patriotic African’ (as is locally regarded) is the one who intends to or actually (a) steals the most, (b) profits the most or (c) defends the banditry and profiteering of others the most, from and the at the expense of his or her country. The ‘patriotic African’ is vicious, not virtuous. How can a positive ontology of the African come out of such a bifurcated internal conflict? An ontology of patriotism based on ‘the sharp’ dispossessing of the state and citizens of their wealth has too many horrendous implications.

Empirics and observation will enable one to answer the following questions. Who praises and supports Africa’s undeniably corrupt leaders the most? Who denies government abuses, human rights abuses, the neglect of the majority, state-sponsored violence, state-sponsored massacres, regional ostracism and so on the most? Who defends or denies economic decline, uncompleted projects, policy fiascos, impounded monies, vast fortunes overseas the most? Who manufactures myths and denials about the poor, neglected and the dispossessed as if they were living in great comfort and luxury the most? The questions are perhaps endless, but the answer is simple – the ‘patriotic African’. Patriotism takes on a new and overly perverted meaning in the parlance it is used here.

Uncorrupted individuals (they exist at all levels), the “structurally adjusted” workers/professionals, the poor, the struggling, the unemployed, those without access tend not to be patriotic at all without being unpatriotic. The state virtually does nothing for them. Among the successful, those who are regionally / ethnically ostracised politically or economically, those who do not need theft or state-enabled profiteering for their success or comfort, and those who do well but have a big conscience are not patriotic either. Such Africans are more loyal and committed to their religions and ethnic groups than the nation.

Not surprisingly, the ‘patriotic African’ is no more than a gun-for-hire, his or her self-styled patriotism is for sale. The moment he or she conclusively loses access to lucrative resources, his or her patriotism fades fast. Under such conditions, the patriotism can transform into a virulent form of ‘anti-patriotism’ in a matter of minutes, days or weeks. Such anti-patriotism is directed at politicians and offices that once fed them. In Nigeria, politicians deal with this problem by changing political party membership or allegiance to competing powers frequently, it keeps them from anti-patriotic activity, at least visibly. The clients of politicians are even more spontaneous in their calculations of switching to patrons for greener grass. The ontology of African patriotism does not have to be impoverished; it is neither the stuff of food nor money. However, did proper patriotism ever exist for the majority in post-colonial Africa?

As the ground-breaking anti-corruption advocate, John Githongo tweeted on November 3rd 2014 “It seems the majority of African armies generally don’t shoot at other soldiers but at wananchi. You don’t join the forces to be shot at.” The soldier is the supposed to be the icon, epitome, symbol and image of patriotism. In Africa, it is not so. The military does well as a despotic political party and not much else. It would help if you saw soldiers beating defenceless citizens mercilessly mostly for flimsy reasons; In Nigeria, such is called the Mad Dog Syndrome. How many Africans on the street dare to stand up to soldiers in uniform and with guns anyway? If state serving soldiers are not patriotic but self-serving is it the majority of Africans. The latter are permanently in the lower two rungs of ‘Maslow’s Hierarchy of Needs‘ that would be patriotic?

Let us not forget the focus areas of the ‘patriotic African’. Building nationally-owned space rockets that go to the moon charging $1 million per person; contracts for managing cyborgs that will replace all military personnel; collecting genetic profiles of all citizens; developing the best public policies ever written. Are these not delusions? It is very proudly and widely claimed in the media in Nigeria that the Nigerian Police Force is one of the best in the world. Ghana was a highly advanced modern civilisation before the coming of the White man. The Malians had astronomy laboratories 2000 years ago. The Ethiopians had the best fighting force in the world at one time. Forgive the mild hyperbole, but this is invariably the thinking mode of the ‘patriotic African’. African nations are supposed to become great and excellent by an individual’s sheer will power and beliefs? Reality must be perpetually on vacation. The ‘patriotic African’ is neither ashamed of nor embarrassed by Africa’s economic, social and political failures or problems in the present. They are not ashamed of the memories of slavery and colonisation and will do nothing to either reverse the consequences of such experiences or further imperialism. Instead, he or she reframes them with delusional or escapist reverie. The quest for money and resources, and a ‘pat on the back’ does make people deceptive, dishonest, violent and ruthless; it is a bit tragic that it makes the ‘patriotic African’ unwitting.

Patriotism [to the state] is one word that has no place in the modern African psyche but it may in future times. Assume it to be civil disobedience in some cases, not just self-interest. On occasions when patriotism is used in Africa for its proper virtuous meaning and context, the discourse that accompanies it is never perfect either. Patriotism, in this sense, is used as a very decisive caution against foolishness. Why are you filling your taxes so honestly? Don be so patriotic! Why do you want to return home from the USA? Please do not do it out of patriotism! You found a wallet containing $2000, and you want to give it back? You are too patriotic! Now you are in office to enrich yourself as much as you can? Do not be patriotic at all; what has Nigeria done for you?! Virtuous patriotism is usually a mistake because its outcomes will be thankless for its practitioner in Africa. Collective experience tells us that if out civic duty, you report a crime, you may be arrested for the same offence just because the police can easily extort you. Patriotism to religion and ethnic group is much more robust and rewarding.

It is no secret that principals at government and corporate departments deliberately pay workers or nor at all because they believe employee can earn an income with the powers and facilities of their job. Government and corporate principals rob their employees who go on to defraud their clients and customers. Military, customs, immigration, police, court, ministry, department, corporate officials are supposed to patriotic, but they have incentives initiated by the principals not to be. What will then be the ontology of the public and private sector in Africa? 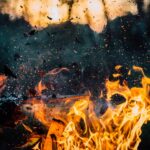 Wole Soyinka and his “goons”, as the man affectionately calls them, are the “Bad Brothers” and the Pyrates Confraternity is the “Bad Brotherhood”. It is only the long staggering history of theft, manipulation, racketeering, corruption, abuse, brutality, slavery and many inhumane practices that unambiguously establish the justification and evidence of the descriptor “Bad”.

The physical and psychological victims of this very “Badness” run into the thousands but have no voice and fear a vicious myriad of accusations, smears and violence if they speak out. There are the survivors too. But most of them have cut their losses with the Confraternity even in their daily thoughts. Hundreds of men blindly every year join the association, not knowing the realities within. Such men with high expectations of personal advancement but end up with one invariable outcome (cf. the road to Europe via Libya). Many within the Confraternity are still suffering as victims. And these members held captive, only cope through mutual [imposed] mechanisms of sheer learned helplessness and stupefaction; alcohol and song provide much solace. The adopted but subtle indoctrination associated with aggressively absorbent cults around the world is well-documented. These are in evidence in every prescribed action and thought of the Confraternity.

END_OF_DOCUMENT_TOKEN_TO_BE_REPLACED

How can a so-called modern nation be perennially managed since Independence by way of “unsolicited proposals”? President Muhammadu Buhari came to power on the slogan of “Change” but he is still governing Nigeria unrelentingly with the instrument of “unsolicited proposals”. When loans are used to fund “unsolicited proposals” it is no different from gambling, high-stakes gambling. Any government that manages its affairs and vision with total dependence on “unsolicited proposals” is devoid strategic planning, structural effectiveness and reliable outcome expectations beyond the short-term; such is governance by improvisation [haphazard] and instantaneous expediency. Is this truly the way forward for Nigeria? END_OF_DOCUMENT_TOKEN_TO_BE_REPLACED

It has been announced by the Buhari Administration that the heinous cumulative oil pollution in the Niger Delta will be cleaned-up; this is very good news. The clean-up was recommended by the 2011 UNEP report (i.e. four years ago). Why it took so long to get to this stage can be said to be as a result of a confluence of sheer misgovernance, inordinate oil wealth greed, political insensitivity and as you might have known already, it is corruption. So what is the predictable expected scenario of the clean-up in practice? END_OF_DOCUMENT_TOKEN_TO_BE_REPLACED

The Niger Delta is a top “ecocide hotspot” on planet Earth. Minor and massive oil spillages are frequent and ubiquitous in the Niger Delta, causing untold pollution and ecocide with highly devastating impacts on the lives and livelihoods of the people who reside in the region. There is evidence of a sleek everywhere; on the water (the Niger Delta is a landmass of the riverine terrain boarded by a coastline with the Atlantic Ocean). It is on the land (in the villages, in the towns, on farms, in houses, in schools, in churches). And it is in the air. Animal and plant life in the ecosystem has suffered a terrible terminal fate. However, this is an endless perennial story, usually more of the same.