If a member of the public thoroughly wants to understand the thinking that perpetuates the existence of University Campus Grown Fraternities (UCGFs) in Nigeria for their mostly hapless members, the analogy of the “Failed Abusive Father Syndrome” is quite useful.

The failed abusive father is a man with a wife and children but by societal standards is a typical economic and social failure. His position in society is definitively one of a figure of fun. He is the ever-available butt of jokes in the community or a ‘figure of fear’ because of his sometimes senseless extremism in his reactions or his fervent quest for trivial things. He cannot attempt more essential endeavours. Outside his home, the failed abusive father is a constant victim of insults, shout-downs, mockery, humiliation, exclusions, desperation, condemnations, wishes and dreams, sadness, beatings, assaults and rudeness. And there is nothing he could do about it but to accept such as his immutable lot faithfully.

Surprisingly, the failed abusive father has one vestige of honour left in his memory that only he can see and enjoy; he relishes the authority to beat his wife and children as he wills. For minor mistakes or offences or acts often exaggerated or suspicions that threaten his ever-present deep insecurity, he would beat the hell out the family members troubling him. When beating his wife or children, you can observe an unusual deep-felt dedication in his entire demeanour; it is as if the beatings would compensate in the home for what he cannot be in society. It suffices a summary of how the UCGFs operate and treat their very own members to make its executives feel essential within a culture of mindless power grabs and power shows. They know no one respects most of then outside the UCGF.

“High” UCGFs are those who will tell you that they left the university campuses in Nigeria decades ago and eschew all forms of violence; this is a half-truth. Attempts to return to college campuses have been succeeding. “Low” UCGFs are those that still operate on campuses and are known to be physically violent and occasionally beat their members to death in the name of discipline.

We should be aware that those who run high UCGFs are masters of psychological manipulation and abuse; it is a necessity for the very perpetuation of the UCGF. It often makes them far more sinister than low UCGFs. The African parable of the child who swears it would have been much better and much more bearable to have received a beating by their parent than to torture her with the tongue and psychological pain abyss, applies aptly.

Are [civil society] organisations that freely and systematically use mental abuse and torture to correct those members who fall out of line, not criminal? Are they not breaking the law? The general membership of UCGFs is mostly unaware of what is going on and how it affects their lives. It is a standard badge of honour for a member to choose his UGCF over his wife and divorce her. UCGFs are simply organisations reliant on intensely brainwashing their members through constant perverse conditioning. But how can you explain it to these members? It requires luck or professional deconditioning to free their minds of the insidious grip over their lives. Is this not a sad situation to be?

Those who run UCGFs use a wide array of techniques to control, condition and abuse their unwitting members. They include trumped-up charges, mental ambushes, sanctions as humiliation, coercion to beg publicly, rank demotions, showpiece rejections, punitive entrapment, malicious gossip/smears. More include The use of closest friends to “turn” a member, spying on members using closest friends, subtle but evident threats, creation of imaginary dependency, isolation from rest of society. The amnesia of individual good works and other techniques are commonly and simultaneously in use in their mind games of abuse and control.

In the aftermath, countless members of UCGFs who gave so much to the organisation end up with broken lives and bitter regrets; the smart ones who saw the reality fast got out early. Many members become psychologically disturbed, and since they have no real-life outside the UCGF. The pain of misplaced loyalty is often very devastating. Large proportions of members float like jetsam into a “Stockholm syndrome” of sorts; they have nowhere else to go and no way out.

On the other hand, the psychological abusers and brainwashers remain on the constant prowl for victims “within”. They love what they do and take great pride in it, especially if they are “ruining” non-conformist members. The spies in their ranks continue to betray “friends” often in the name of Christianity or anything that will make them look virtuous. Evil mindedness is highly valued by those who run UCGFs and are committed to such; it achieves quick and easy results on a substrate of members who are encouraged to focus on the “ideals”.

Members of the public must wonder how these same UCGFs can brazenly claim to be the society’s saviours, to operate from a moral high ground and to fight the ills of society. Systematic and unobstructed mental abuse is a heinous ill in the nation and worldwide. UCGFs should be spying for Nigeria and on Nigeria’s public fund thieves not on their hapless members. So how do UCGFs justify this? You can expect a barrage of fallacies, sophistry, deceptions and utter foolishness presented in defence from members.

Non-believers once again are not convinced.

It is easy to deride Nigeria and Nigerians because there are ample bases for it and its often convenient; “Nigeria is a Nation of Thieves” as Colin Powell once said or “Nigeria is a Nation of 419ers” or “Nigeria is the most Corrupt Nation in the World” etc. Such derision about Nigeria is mostly about deception and corruption. Unsurprisingly, these vices can be said to be surreptitiously caused in the national primary education institution of the 1970s onwards, attributable to the “New Oxford English Course Reader” (NOECR); the only literature, virtually poison, available to Nigerian primary school kids in the curriculum. END_OF_DOCUMENT_TOKEN_TO_BE_REPLACED

In everyday Nigerian parlance the word “combination”, regarding food, connotes meals that consist of unlikely combinations. Meals are essentially combinatorial products; chips and chicken; a stew made of vegetable oil, tomatoes, pepper, fish and condiments; or pineapple fried in batter. People without effort appreciate these combinations as customary, but others appear shocking and strange to them. END_OF_DOCUMENT_TOKEN_TO_BE_REPLACED 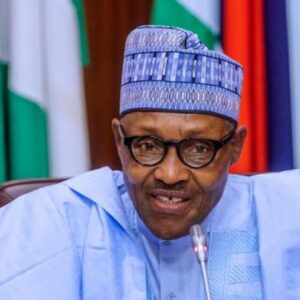 There is an insightful article for those interested in governance by Taiwo Makinde titled Problems of Policy Implementation in Developing Nations: The Nigerian Experience. In the paper, the Makinde explains quite persuasively why policy implementation in Nigeria routinely fails with successive governments. He implicates, among other factors, a lack of continuity of policy implementation from a previous government to a succeeding, e.g. from Presidents Babangida to Abacha [or Jonathan to Buhari]. Ego [of the leader] is the reason he provides for this. The logic is simple; it is better for the current president to sabotage the good works of a predecessor and initiate his own that will place his mention high on the lips of posterity. It holds for all forms of organisation in Nigeria. The significant exception is President Muhammad Buhari and for strange reasons; blamocracy [and claimocracy].

END_OF_DOCUMENT_TOKEN_TO_BE_REPLACED

“We are bigger than U.S. Steel” many members of UCGFs (University Campus Grown Fraternities) in Nigeria will tell you, vaingloriously about their “brotherhood”. Do not take such folly seriously; it is evidence the ‘mask of sanity’ fraternities has fallen off the cliff that once held them so high. However, now they see themselves as large facsimile corporations. Just as on LinkedIn, you will see corporations that have thousands of employees, UCGFs make favourable comparisons with such organisations based on their thousands of members.

END_OF_DOCUMENT_TOKEN_TO_BE_REPLACED

The All Progressives Congress (APC) is the political party which the current President of the Federal Republic of Nigeria, Muhammadu Buhari leads. President Buhari was elected by a popular vote of the electorate to eradicate (or to the initiated, significantly minimise) corruption in Nigeria. Therefore APC is the party of eradicating corruption. Sorry to disappoint you but such thinking is both fallacious and senseless on the ground in Nigeria. END_OF_DOCUMENT_TOKEN_TO_BE_REPLACED

Even though President Muhammadu Buhari was riding on a high crest of fame and popularity during the Anticorruption Summit held recently in London, it was evident it would not last for long. Buhari used that momentous platform to assure Nigerians (and the entire world who were keenly watching) that the list of names of Nigeria’s big thieves (past and present) and their stashes will be “revealed” to the nation on the 29th of May 2016. The President did address the nation as promised but was silent on the promised “revelation”. Buhari should be thanked by Nigerians for saving “One Nigeria”. END_OF_DOCUMENT_TOKEN_TO_BE_REPLACED