“Captain Blood” is the “internal name” of the Wole Soyinka, co-founder and spiritual head, of the Pyrates Confraternity (PC) also known as the National Association of Seadogs (NAS). Soyinka is more affectionately addressed internally as “Capoon Blood” or “CB” (its abbreviation), a name which also well known to the general public. The PC is the internal representation of the organisation and NAS is the public perception creating some interesting bifurcations within. What is most unusual about the name Capoon Blood is its obscure origins.

Most of the internal names of the early Pyrates (borne by young African anti-colonial men voluntarily) were taken from characters in the imperial novel Treasure Island by R L Stevenson, the book which the founding of the PC in 1953 was based. As such the names that featured most among the early Pyrates were Long John Silver, Billy Bones, Black Dog, Jim Hawkins, Ben Gunn, Morgan, Captain Smollett, Pew, Redruth, Captain Flint, Israel Hands. All these names also had regnal numbers such as Morgan I, Morgan II, Morgan III or Morgan the Navigator, to avoid the duplication of internal names and confusing identities. Nowadays and for many years now, ‘Captain’ or ‘Capoon’ as a permanent name by fierce convention is reserved for Wole Soyinka alone.

As the numbers of Pyrates initiated have increased, sources for new names became necessary and existing ones tweaked creatively. Latin / Italian names became the new broad source for new internal names for Pyrates. Be it food, drink, common names, places, notables of the Roman Empire, notables of the Renaissance, if it was Italian it formed part of or the whole name of countless Pyrates. Having names that included Spaghetti, Ravioli, Bruschetta, Vino, Cinzano, Martini, can be humorous to outsiders. What would not be humorous are the internal names derived from real and fictional Mafioso as well as outlaws from the Wild Wild West and elsewhere. This is nowhere near as bad as it seems. There is an “original” reason for it.

Furthermore, with ‘bad guy’ names, the PC also adopted ‘inverse meaning’ names that simply meant the total opposite of their literal meanings to Pyrates. This has to be seen as having both individual and collective motivations. On an individual level, internal names like “Forgotten Corpse” or “Second Death” would mean a happy healthy living man; the name “Soft Bones” would be given to a Pyrate who is very strong physically; “Scarface d’ Terrible” would be given to a peaceful, non-smoking, teetotal gifted with consummate tolerance; and “Ebenezer Scrooge” would invariably be given to a generous jolly member. Collectively, the aforementioned names would internally indicate to all Pyrates and remind them that they should always seek to promote each other’s well-being, health and safety. Or their strength in unity and brotherhood. Or their (former) intolerance of criminal or decadent activities within their ranks. Or their promotion of a convivial, sharing and merry spirit among their brethren.

It is most unlikely that the reasons for the introduction of inverse meaning names into the PC are still practised today in any dimension whatsoever. Inverse meaning names are derived from a cornerstone of the Prates 4-7 Creed, “Against [Moribund] Convention”. Originally, if it was hypocrisy and convention to give good names and good characterisation of people who were bad and inimical to the fostering of a just society, it was better to adopt bad reverse meant names but also consistently deliver humane, moral and good services/acts to society. No more days like those! NAS has shiploads of awkward conventions of its own.

Pyrates also got named after major events that were widely reported in the news. There are also rare names that are truly African in origin. This has been a major surprise to many. NAS looks like a proxy-Western organisation no matter how you look at it. A recent expository book and the very first of its kind on the PC written by Dolapo Sikuade titled The Theatrical Aesthetics of Wole Soyinka & The Pyrates Confraternity portrays PC / NAS as a “post-colonial” entity. Whatever the reservations about the book are, right here it is limited to names. It is evident the Treasure Island is not post-colonial and neither are the names of Pyrates nor their various Chapters.

Nevertheless, where does Capoon Blood come from in the traditions of the PC so far identified? There are exceedingly interesting “theories” proposed about the source and etymology of Capoon Blood, these are not exactly news scoops. The origins of Capoon Blood remain a mystery. Such an enduring mystery will give Wole Soyinka untold pleasure since it will keep Pyrates and members of the public who are interested in guessing; enigma is good for fame. Otherwise, one of the theories might just become provable.

Sometimes all you need is a Google search to bust a piece like this.

For many years the Government of Nigeria seems to be managed by a class of “capability pole vaulters”. Government officials tend ‘pole vault’ the nation into many projects they lack the capability, will or wherewithal to execute or sustain effectively. The latest pole vault project is the establishment of nuclear reactors as power plants to provide conatsnt electricity in Nigeria. This is a nation that cannot independently manage its uncomplicated thermal and hydroelectric power plants with any efficacy or credibility. END_OF_DOCUMENT_TOKEN_TO_BE_REPLACED

Not all medical professionals (doctors, nurses, pharmacists, radiographers, medical laboratory technologists, occupational therapists, physiotherapists, psychologists etc.) married from Nigeria into diaspora (especially the USA and UK) are “medical mail brides”. Female medical professionals are human and just like other professional and non-professional women; someone will desire them, court them and marry them where the possibility arises. The problem raised in the previous article (see http://wp.me/p1bOKH-vJ) is the “intention”, yes the intention, of men marrying female medical professionals from Nigeria or coercing them into becoming one after she arrives. If it is not loving, could it be pimping? END_OF_DOCUMENT_TOKEN_TO_BE_REPLACED

I did write the article about the realities and not fictions of the unconstitutional attempt of Nasir El-Rufai and 19 Northern Governors (see http://wp.me/p1bOKH-BE). No one is above the Constitution of Nigeria. I made some omissions for the article not to be too long and this has created room for misinterpretation and some complaints which I will address. END_OF_DOCUMENT_TOKEN_TO_BE_REPLACED

END_OF_DOCUMENT_TOKEN_TO_BE_REPLACED 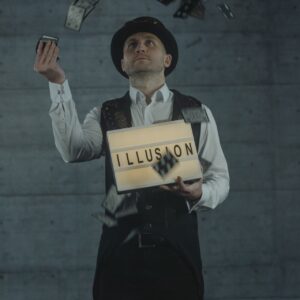 As we approach the uncertain aftermath of the COVID-19 pandemic, many developed and developing societies remain shaken, disrupted and precarious. Jobs and austerity are the main tacit or stated socioeconomic fear of most people. The political economy of despair we are witnessing never enters the perception or the historical heritage of a nation, place or people with positive reception. We accept COVID-19 as a global pandemic is a tragedy. Most will survive it, but the death toll remains staggering and the caused disruption colossal in many countries. Our daily transactions, interactions and relations society and the economy rely on had to cease indefinitely, but for how long? END_OF_DOCUMENT_TOKEN_TO_BE_REPLACED