In 2000, Nigeria’s electric power sector had an underinvestment backlog bill of a minimum of $5 billion, $10 billion was more like it. That bill accrued during the period, 1984 to 1999, tacitly under the leadership of Generals Buhari, Babangida, Abacha and Abdulsalami according to the United States Trade and Development Agency. Olusegun Obasanjo squandered the best opportunity Nigeria had to invest in the electric power sector (2000-2007). Goodluck Jonathan also squandered a fair chance and blackouts were interestingly put up for privatisation. Now in 2017, the bill stands at about $20 billion minimum. The reality of electric power development is straightforward – if you do not have several billions of dollars to invest transparently and diligently, forget about it altogether. Nigerians should bravely accept they will not get constant electricity (24hrs all-year) for many years to come.

Does Fashola’s ministry have even just $5 billion to invest, a quarter of the minimum sum required to revamp the sector?

One of the big lies trumpeted of the electric power sector in Nigeria is the spectacle of “installed capacity”. For over 40 years Nigeria has been struggling hopelessly with 6000 MW installed capacity. Installed capacity is the generation capacity of the sector. Capacity is only a potential and does not automatically translate in electricity delivered to end-users. Despite Nigeria’s installed capacity Prof J B Akarakiri published a paper in 1999 in Energy titled ‘Private Electric Power Generation as an Alternative in Nigeria’. The paper was just three pages, but its implications were visionary and devastating; Nigeria should forget about the centralised electric power National Grid for its constant and sustainable electricity supplies; people should opt to their own generators if they wanted stable or on-demand supplies of electricity. Less than a year after the publication, Nigeria witnessed it’s first “zero installed capacity moment”, total national blackout.

Fashola has had a few “zero installed capacity moments” of his own since he became the Grand Minister.

Going back in time, in 2000 the National Electric Power Authority (NEPA) had on its books 1.6 electricity customers with 51% residing Lagos State even though, Nigeria had a 150 million population and Lagos State had 11 million. These figures indicated that just over 1% of Nigerians were electricity customers and Lagos State only 7% of the national population. It is evidence of gross nonfeasance and inefficiency by NEPA and the government. Research by the author carried out in 2002 demonstrated that in Lagos State, electricity customers were about 400% greater than what NEPA had recorded. Electricity meters for customers were scarce and expensive, power theft was rife, illegal (mostly unsafe) connections (to whole communities) rampant. Furthermore, tenement buildings (face me, I face you) that litter Lagos had ten to twenty families as tenants. Many tenants used microwaves, TVs, VCD recorders, boiling rings, electric irons in them using one meter and registered as “one customer”. How can peak demand and average daily demand for electricity supplied be appropriately calculated with such grossly underestimated customer data?

How many electricity customers does Fashola say the regulators claim they had on their books in 2017? Ask him.

In a properly run society, every regulator like energy corporations conducts its own customer-based census. It is called market research. Guinness Nigeria plc knows how many customers it has and uses it to determine growth areas, supply chain approaches, marketing strategies and more. It even uses such information to determine how many people are not drinking Guinness stout because they drink Star, Gulder, Trophy or other beers. If Guinness data management cannot be handled by itself, it would outsource the job to a reputable market research firm like RMS.

Fashola’s advisers should tell him the difference between per capita and per customer in market/sector analysis or planning.

What is the solution to the problem of electricity in Nigeria, many would ask? $20 billion and meticulously transparent oversight; any other technical explanations will have to start from here on. Where will Fashola find the money and are there enough honest personnel to get the job done? Environmental campaigner, Nnimmo Bassey, has persistently highlighted in the media how Nigeria loses over $1 billion annually in uncollected gas flaring penalties from oil production companies operating in Nigeria and also over $5 billion annually in tax fraud from oil services companies. That amounts to over $6 billion annually lost to the Nigerian purse; legitimate and deserved money. This money if honestly collected and invested, can clean up the Niger Delta and completely revamp the electric power sector in just five years. It is not Fashola’s problem but his boss, Buhari, is Minister of Petroleum. For all his anticorruption messianics, he has done nothing about this particular fraud and inertia.

Fashola does not have to be dishonest about the deplorable state of electric power in Nigeria. He unwitting inherited a disaster. And he can keep his blamocratic excuses for election time. Nigerians should know the realities of their electric power sector even though it is not pretty and “change” is faraway.

If it is true that countries can be ‘cursed’, Nigeria’s most prominent curse will be constantly having “Good Leaders Surrounded By Strictly Evil Men”. It does not matter if these Good Leaders turn out to be thieves or incompetents, they remain Good Leaders. Another prominent curse on Nigeria would be “Political Treachery In High Places”.  The way Nigerian politicians betray each other and the political parties they made their fortunes from perpetually beggars belief. These two curses become rolled into one when considering the fuel scarcity crisis and power supply failures punishing Nigeria at the moment. Egnahc is not helping! END_OF_DOCUMENT_TOKEN_TO_BE_REPLACED END_OF_DOCUMENT_TOKEN_TO_BE_REPLACED

When I nurse the hurts inflicted on me by friends and brothers within the spectre of brotherhood on so many occasions, it becomes a hard and fast law of my interaction to abhor it. Circumspection somehow replaces those he once trusted and bonded with. Well, this is both an adaptation and prudence necessary to lessen the impacts of mean men and frivolous types in my space. Releasing the hurt becomes my most exceptional weapon; it works like a bulletproof vest and quicksand at the same time. My foes get blocked and sunk by my releases.

END_OF_DOCUMENT_TOKEN_TO_BE_REPLACED 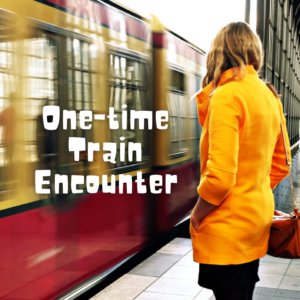 Victoria Station has always been an underrated masterpiece of London. Imagine London without it; I won’t. The sun was glaring outside the station that morning, but not giving London any sensible warmth. The warmth was to come later, possibly with love. Albanny Korrow, like most other males on the train platform, was wearing bi-thermal attire, which could be practical in both mild summer and mild winter weather. Albanny Korrow, a dark-skinned man, was wearing his most predictable outfit; suede wallabies; brown corduroy trousers, shirt, and jacket, but of different shades of each other. Even his satchel-bag and suitcase were brown. As he was about to embark on the train at Victoria station, one of the many ladies around had in an instant bewitched him without his seeing her face. END_OF_DOCUMENT_TOKEN_TO_BE_REPLACED A stirring confession of a man’s anguish and recovery from the problem of male impotence just before he turned age forty using African herbs. END_OF_DOCUMENT_TOKEN_TO_BE_REPLACED

The Niger Delta Avengers (NDA) may not be a praiseworthy entity to many but their emergence and defiance have provided a thorough and incisive diagnosis of the dissembling cohesion of the nation-state called Nigeria. Nigeria has never been a thoroughgoing republic but simply a geographical “convenience” of British colonial exploitation (for palm oil) and a political “convenience” of Northern Nigerian auto-colonial hegemony (for crude oil). Race and tribe have played an exceeding big role in the creation of NDA. Enduringly placing the ‘straightjacket of inferiority’ firmly upon Niger Delta people/region who never asked for it by people who have extracted its wealth in obscene amounts without considering the indigenes will generate extreme reactions. Oppressive exploitation of oil in a highly fragile state does not work forever; President Muhammadu Buhari will learn this. END_OF_DOCUMENT_TOKEN_TO_BE_REPLACED