Where is the Government of Nigeria (GON) or the Economic and Financial Crimes Commission (EFCC) winning their war against corruption? Nowhere. No vigorous prosecutions, no convictions, no legislative reforms, no judicial reforms, no constitutional reforms, nothing. All the citizens of Nigeria see are publicity stunts and government-engineered scandals. Is there anything else substantial to show anywhere? The incentive now is, after all its tough talk, the GON must save face as Nigeria, and the rest of the world watches her anti-corruption activities. Recent developments are now verifying the stage-managing of the cash seizures; the money is going back to where it came from directly – the Central Bank of Nigeria. (see http://wp.me/p1bOKH-KW)

There are many rational reasons for the GON (its agencies) and EFCC to stage-manage mysterious theatrical large “cash discoveries and seizure” to make them look like they are doing a good job and these are evident to everyday Nigerians.

Firstly, the GON has been unable outside media charades to investigate, prosecute and convict former and present political elites for their very evident engagements in corruption. Winning corruption cases in the media and losing them in court has become a rule of the current GON so far. Some of the guilty thieving elites were even appointed to the highest offices in the current government. Nigeria’s Big Thieves are also thriving as national and regional heroes. Some of the evidence lies of the corruption of Nigerian elites awaits prepared overseas. No Nigerian has suffered any political casualty due to the Panama Papers revelations. Look at Nigeria’s Senate President for instance. Nigerians know this.

Secondly, no corrective policy or legislative reforms have been instituted since the current government came to power that is designed to effectively eliminate or make the cost of engaging corrupt practices much exorbitant for public servants. Instead, legislators, mainly senators, have tried to institute numerous laws that will enable politicians to engage in more profound levels of corruption and with more impunity, which is already excessive and scandalous. Remember when the Senate wanted to institute ant-social media and anti-CCB (Code of Conduct Bureau) bills? A Nigerian can still gift a fellow citizen N1 billion without a crime being committed or the taxman being aware of it. Yet, we have (super-paid) lawmakers and (less-paid) law interpreters. A gubernatocrat can still steal his treasury of his state dry, protected under the rule of “electoral immunity” then become a senator with ease as provided by the constitution. The stealing by executives has grown with the rules of the game, necessarily legal. Is there a Nigerian who is not aware of this state of affairs?

Thirdly, the current government in the act of poor political timing and ill-thought diplomacy went overseas to demand stolen Nigeria funds kept there. All it achieved was more spotlight on Nigeria’s arena of corruption, forcing it to act desperately and haplessly in its anti-corruption campaign. Non-Nigerians now see Nigeria as even more corrupt than ever, and the GON is suffering for it. Where is the foreign investment going to coming from outside China’s “largesse”? Nigerians will casually or vehemently say “we know!” But the question is, are Nigeria’s Big Thieves forced or encouraged to steal their own treasuries dry and de-civilise their nations by safe haven nations?

Fifthly, the GON and its agencies have come to rely very strongly on “public relations without action” on the basis that all Nigerians are gullible. Are public relations and blamocracy all the current GON can offer? Nigerians want real action they will secure their present and future destinies. Nigerians are intelligent to understand the conditions they live under, when their lot of life improves and when they are let down, if not immediately shortly after. Nigerians cannot be fooled perpetually, if at all in many instances.

Is finding and seizing money in big batches truly anti-corruption? It’s a bit like saying the best way to prevent and manage HIV / AIDS is the success of detecting it in the bloodstream of a person. Identification is not the solution to corruption.

These preceding facts are all hallmarks of a seriously flawed and failed anti-corruption campaign. They also show why the GON and EFCC has a strong incentive to stage-manage large “cash discoveries and seizures.” Nigerians need real anti-corruption, that is why they elected the current GON to office.

Anti-corruption from any technical or non-technical perspective is invariably about preventing, detecting and prosecuting corruption. The proceeds of corruption is another. The Buhari Administration has an innovative and creative approach to anti-corruption which has nothing to do with prevention, detection and prosecution whatsoever; it has all to do with refunding or recovery of monies stolen from thieving politicians by way of bargaining. The monies earmarked for refund and recovery so far is incredibly far less than 1% of the total monies that are recoverable. So, in the scheme of things what signal does “recovery as anti-corruption” send to politicians and public servants? END_OF_DOCUMENT_TOKEN_TO_BE_REPLACED

Fulani herdsmen have always secretly been subversives monitoring and reporting activities throughout the length and breadth of Nigeria and they have paymasters; so my source affirms. This information, however, does not explain the ostensibly ‘senseless phenomenon’ happening frequently in Nigeria today; the killing/kidnapping of Nigerians all over the country by Fulani herdsmen. The long-hidden history of Fulani herdsmen grazing their cattle all over Nigeria should no longer be a secret. END_OF_DOCUMENT_TOKEN_TO_BE_REPLACED 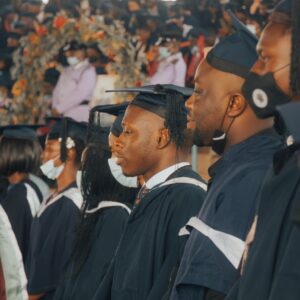 President Buhari like many past Nigerian heads of state is living proof of why slavery flourished along the coast of West Africa a few centuries ago. While the Europeans, Americans and others nurture, support and encourage their youth to build the edifices that have come to symbolise civilisation and world power, many African kings never had any use for their proliferating population of youths. Today is no different. Diaspora is the dreamland of the Nigerian youth. Under Buhari’s administration, the incentive for the Nigerian youth to go overseas for a better life has never been greater because of the lack of opportunities that stare them in the face. If leaders have no respect or value for their youth, who will? END_OF_DOCUMENT_TOKEN_TO_BE_REPLACED

Michal Lyons was a professor of urban studies at London South Bank University (LSBU). Trained as an architect, her major specialisation was urban studies in the developing world, mostly focused on Africa. Microfinance, housing, health, street traders, legal pluralism, post-natural disaster reconstruction etc. were the areas that took her interest. Her body of work demonstrates that she was a serious scholar with high international significance and an enviable reputation. And central to her scholarly work was the plight of the “little guy” i.e. the needy and the dispossessed. END_OF_DOCUMENT_TOKEN_TO_BE_REPLACED

Being disabled is neither pleasant in any given society, and Britain is a society civilised enough to appreciate the fact very fairly in all institutions. Not everyone in Britain shares such civilisation. END_OF_DOCUMENT_TOKEN_TO_BE_REPLACED