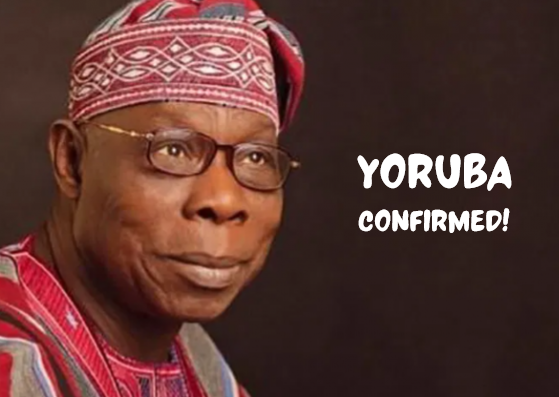 In 2012 an Odua Peoples Congress (OPC) operative intimated to me very intensely that the then President Olusegun Obasanjo was a traitor to the Yoruba race citing many things he did as military and civilian head of state as proof. One accusation was the nationalisation of Western region-owned assets to the federal government dominated by the Hausa-Fulani. Another accusation was the initiation of the transfer of the Nigerian capital from Lagos in the South-west to Abuja in the North. There were other accusations mentioned and they were supposed to persuade me and others that Obasanjo was a thoroughgoing agent extraordinaire for Northern hegemony or imperialism. In the 1960s and 1970s, the nationalisation of major industries was a global vogue and blaming Obasanjo as one head of state in a thoroughly global trend is harsh.

The most surprising accusation was that the Yorubas were the trader race in the colonial and early post-colonial times. A key instrument for Yoruba trading was the sole-distributorship license that guaranteed they dominated the importation and distribution of goods in the market. The abolishment of the sole distributorship license by Obasanjo then gave way to the Igbos to collectively displace the Yoruba traders and dominate the market. It appeared at the time and in hindsight to be the opening up of markets to more participants.

To crown it up, the OPC operative claimed Obasanjo’s mother was a Fulani woman and that was responsible for his loyalty to the North. I made my own inquiries from some prominent Yoruba men and the late Commodore Salaudeen Akanno said he knew the woman personally and that such a story was utterly false. I simply put the misinformation down to the fact that members of the Gani Adams faction of the OPC were not happy that Obasanjo was closing in on their leader. That was in 2002.

In 2018 a vocal and determined Yoruba Youth leader based in the United Kingdom has again claimed in a video that Obasanjo is a traitor to the Yoruba race with similar rhetoric to the one I was told in 2002 with few variations. The big difference is that instead of Obasanjo’s mother being Fulani, his mother is now Yoruba and his father now Igbo. Once half Fulani from his mother’s side, Obasanjo is now Igbo man. DNA magic surely has to be the next big thing!

You would be surprised how many Yorubas and non-Yorubas believe or are willing to believe Obasanjo is Igbo.

Looking beyond the claims and accusations, will Obasanjo get the “Shugaba treatment” (deportation as a foreigner) or the “Jakande treatment” (outcasted from the Yoruba race)? The answer is NO. However, it would appear to a non-Yoruba watching the saga of Obasanjo’s apportioned ethnic origin that “Omo-ale” (bastard) is probably the harshest insult in the Yoruba language.

All in all, Obasanjo is a septuagenarian Yoruba man who has enjoyed for many an enviable career in life. Even if it is true that his mother is Fulani and his father an Igbo man, making him half -Fulani and half-Igbo, he has thoroughly lived the true Yoruba life and as a Yoruba man shall he meet his Creator when the appointed time comes.

1 thought on “Obasanjo is neither Fulani nor Igbo”