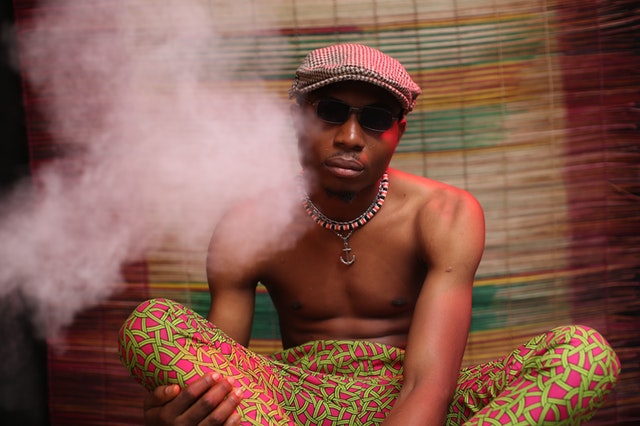 One must seriously wonder what happened to a once genial and hope-filled town called Sapele. It was a youths’ town and youngsters were filled with promise and bright futures. Well… According to a competent and concerned eyewitness Ejorheya Brighoademo, a governance professional and works in the tourism and entertainment industry in Sapele, the incidence of drug addiction is conservatively 50% of the entire teenage population of the town! That is a whole generation afflicted with a destructive scourge. Incredible! How did Sapele, a major town in Delta State, Nigeria give into the drugs scourge?

A SMALL HISTORY
In the 1970s Sapele had a thriving port, was home to African Timber & Plywood – the largest timber exporting firm in the world, had a large flour mill, many good schools, several well-sized employers and the state support services required by a densely populated big town. Everyone tried to shop at Kingsway Stores. Sapele was also home to two notorious slums [Ugwanja and Urban Area] despite the semblance of a prosperous town. The economy of Sapele has since declined, unemployment rates are high and an alarming drug addiction epidemic among the youth of the town threatens to get worse by the day.

The retail sale of recreational drugs and incidences of drug abuse was not a major social problem in the country in the 1970s. People were still very much afraid of developing schizophrenia [going mad] after smoking marijuana. Drugs were sold by few Hausa mallams and some patent chemist store owners without a doctor’s prescription needed to buy the drugs over the counter.

In 1970s Nigeria, there was a popular date-rape drug called Mandrax [Qualuudes], a sedative drug, mainly used on females targeted for gang rape. The unsuspecting girl would be presented a capped bottle of drink spiked with the drug and it knocked her out after she drank it. Some of the urban poor also used it to make life “bearable.” Other recreational drugs were used by thuggish boys to facilitate their intended misbehaviour. These included Selorine and Merital S both addictive antidepressants that elevated mood and motivation, Dutch courage was no longer found in alcohol. There was also the dreaded “Chinese capsule” [perhaps PCP or Angel dust], so named because it helped guys withstand much punishment during a fight [karate or kung fu]. Recreational drugs then were strictly used by misfits and the range of available drugs small.

THE CURRENT PROBLEM
The range of recreational drugs available in Nigeria today is very broad and the inhibition against smoking marijuana has thinned out completely. People now want stronger stuff and you do not have to be a misfit to indulge. You can with no difficulty at all purchase antidepressants, barbiturates, hallucinogens, stimulants, opiates, dissociatives and more over-the-counter drugs without a prescription. Such drugs would be in the strictest category of controlled pharmaceutical substances in a properly governed nation with responsible leadership. Why are these drugs so easily available on the streets of Sapele or elsewhere in Nigeria? Who imports them and from where?

The impact of drug addiction among the youth of Sapele is not novel. Ejorheya Brighoademo, who was once interested in becoming a sports health instructor and in the 1980s was the poster child for Milo adverts gives a clear account of the impacts. “The addicts do not look happy but lost, desperate or spaced out. Violence and public misbehaviour among the addicts are rampant and occur every other day. Even best friends become willing to fight each other to the very end after taking the drugs. Once these youth addicts converge at a public place they are seen as a menace and cause much consternation in the minds of bystanders. The drugs mostly used are codeine and tramadol.” Perhaps, due to the affordability of these cheap opiates, their use is not currently associated with robbery.

Brighoademo further states that “teenage pregnancy is now out of control. By the time a girl in Sapele gets to age 18, there is a high chance she is already a mother of one or two kids. Drugs are largely to blame. The girls now drug themselves then sleep with anyone.” The resulting deaths, injuries, mayhem, destruction and drug-addicts’ babies who anecdotally have a high mortality rate threatens the social fabric of Sapele constantly. He often asks the youths why they take drugs? Their answer is invariable: “nothing dey this life for us…” As is common around the world despair in the life of youths against a background of visible wealth and conspicuous consumption fuels drug addictions. No matter the self-righteousness or dismissive of the listener, that is a poignant cry of hopelessness and helplessness.

THE FAILING SOLUTION
Structures of governance are responsible for the ease of access to drugs in Nigeria. Nigeria has two agencies that were created specifically to deal with the drug problem. The National Drug Law Enforcement Agency (NDLEA) and the National Agency for Food and Drug Administration and Control (NAFDAC). The NDLEA was established to prevent, detect and correct drug violations within the country. NAFDAC was set up to regulate the types of ingestible substances manufactured locally and imported from overseas. Whatever the proclaimed achievements of these agencies, they have failed Sapele and many places like it in Nigeria.

An NDLEA operative based in Abuja made it very clear that NDLEA and NAFDAC are no different from other law enforcement agencies in fighting crime; clients are protected and enemies are hounded. The NDLEA agents do raid joints where marijuana, monkey tail or non-pharmaceutical drugs are sold but rarely ever patent chemist stores or pharmaceutical industries that are just as guilty of selling controlled drugs and expanding the drug addiction epidemic. Pharmaceutical companies turn out to be the best-protected clients.

It is easy to crucify the pharmaceutical industry, NDLEA and NAFDAC, however, it is what the presidency, governorates, local authorities and legislators expect of them that they do. When it comes down to it, Nigeria is the land where “Every Man Is For Himself and God For All.”

Forget the politicians! No help is coming from the government. However, the drug problem in Sapele and the destruction it visits on the youth remains and expands.

The recent pronouncements made by Nasir El-Rufai, Governor of Kaduna State, to “regulate” religion by banning the “unlicensed places of worship” of Christians in his state has caused many Christians to take the threat of Islamisation more seriously than ever. The threat was further escalated to an ‘imminent level’ when at a recent forum meeting for the 19 Northern Nigerian State Governors unanimously decided to regulate Christianity in their respective states. Is the “One Nigeria” doctrine again under the serious threat of failing for religion sake? END_OF_DOCUMENT_TOKEN_TO_BE_REPLACED 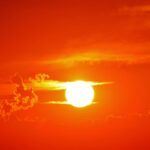 END_OF_DOCUMENT_TOKEN_TO_BE_REPLACED

If I may extend your argument, there was a time when political party funding was ethical (enough). This was the period after World War II up to the 1970s manly in the developed world. The current unethical nature of political party funding is not peculiar to Nigeria since it all started and blossomed in some of the world’s oldest democracies. The reasons for the transition from ‘legitimate ethical’ to ‘legalised unethical’ party funding are numerous but a few will touched on here. END_OF_DOCUMENT_TOKEN_TO_BE_REPLACED

In the UK and the USA, the spectre of Nigerians achieving academic excellence in institutions of higher learning everywhere has increasingly etched for itself a significant space in the folklore of immigration. Such widespread excellence is even used with dubious effect to show how Blacks born in America or in the UK are simply lazy, unambitious and even of criminal disposition. This is certainly the Hegemon’s and Black Conservative’s comfort; one side of an overstated story. The prospect of Uber, the mobile app taxi business, losing its UK licence for gross corporate irresponsibility exposed a most understated side of the story in a shockwave. END_OF_DOCUMENT_TOKEN_TO_BE_REPLACED

I did write the article about the realities and not fictions of the unconstitutional attempt of Nasir El-Rufai and 19 Northern Governors (see http://wp.me/p1bOKH-BE). No one is above the Constitution of Nigeria. I made some omissions for the article not to be too long and this has created room for misinterpretation and some complaints which I will address. END_OF_DOCUMENT_TOKEN_TO_BE_REPLACED

Dr Joe Abah, the Director General of Bureau of Public Service Reforms and academic, in very casual style unwittingly or knowingly re-triggered a limited exchange on one of the most contentious controversies in modern intellectual history; what is the role the intellectual in society? The triggering sardonic comment by Dr Abah (@DrJoeAbah) on Twitter yesterday said “How to become an “expert” [1] in Nigeria: Be jobless; go around TV stations & beg to appear on ANY programme; criticise all govt actions. Done!” Of the many replies he got [most of them friendly] one by Mark Spencer (@Ack_Spencer) which was equally sardonic read “How to become an expert, sign up as media influencer visit all radio &TV station[s] hailing govt inefficiencies and cluelessness”. This is really the flashpoint of the controversy. However, the contention Dr Abah triggered is one many avoid because of the unexpected possibilities it can generate. END_OF_DOCUMENT_TOKEN_TO_BE_REPLACED