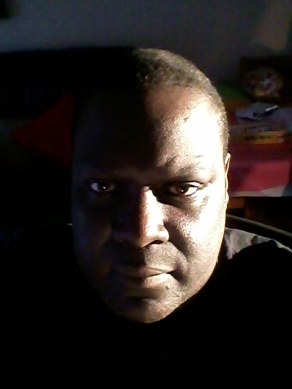 One of the great mysteries about the middle-class Nigerian psyche is its embrace and identification with the ideology of American and British “Conservatism” even though it is of practically no benefit to them at all, not even an ideological one. Conservative politics has had no place in Nigerian politics at any time before or after Independence. Still, the breed of Nigerian conservatives is multiplying daily

Conservatism is based on a rich cluster of ideas and is not an ideology of abundance as many think but conservation. Conservatives mostly as ideologues have something social, cultural and otherwise to “conserve,” be it wealth, a way of life, values, racial purity, sovereignty, freedoms and restrictions. Nigerian conservatives certainly have nothing substantive in society to conserve. You can fit third-generation multi-millionaires in Nigeria into a single coach. The Nigerian way of life was thoroughly supplanted by colonialism with the assistance of the pathological willingness of the middle-class. Only peripheral and moribund modes remain such as native marriages, burials, naming ceremonies, wearing costumes (fabrics made outside Africa) and chieftaincy titles.

“Children of nowadays” or “women of nowadays” is few of the frequent mentions in the daily narratives of society that indicate an overwhelming nostalgia for the mythical ever-obedient child and fabled ever-dutiful wife. The children of the middle-class in many areas due to the discouragement of their parents cannot speak the local languages that surround them, preferring “simple and correct” English or “broken.” The native doctor has become a con man, and the prosperity preacher is no better. Forbidden forests and the gardens of traditional shrines are now aggressively sold to real estate developers. The police run away from armed robbers while the military personnel run away from insurgents. Nigerian constitution has been so violated and avoided by those in power that it cannot preserve the country. What is left to conserve in society?

The big paradox is that almost all Nigerian conservatives, whether in Nigeria or Diaspora, are at best living not too far away from hunger. Wealthy, affluent or even comfortable Nigerian conservatives are the exception, not the rule. Job sackings or redundancies create significant crises in their lives. Many are eternal hustlers who in their 40s onwards still rely on the incomes of parents, siblings or spouses and do anything to survive. Praising the free markets and neoliberalism is a profoundly entrenched but misplaced habit with these folk. Privatisation, capitalisation, growth market, windfall profits, capital account, downsizing, hedging and leveraged buyouts are their daily mantras. Stock options and investments are their all-time favourite things even though they have no stocks, bonds or collateral whatsoever. These conservatives have read all the bestselling self-help publications. Their book collections include Napoleon Hill’s Think and Grow Rich, Anthony Robbins’ Unlimited Power, the Rich Dad, Poor Dad series et al. There is nothing wrong whatsoever with having aspirations and dreams or wanting the best for oneself. Nevertheless, after many years of focused learning and precise application, the benefits of the books and free markets continue to elude them craftily. Nothing for these conservatives!

To Nigerian conservatives, Margaret Thatcher and Ronald Reagan are the ultimate idols. Thatcherism, the leading strand the Nigerian conservatives follow was not even proper conservatism but a radical form. The ravages unleashed on Africa nations, especially Nigeria, by the straightjacket introduction of structural adjustment policies (SAP), were a Thatcher-Reagan coup. Under SAP, these same middle-class Nigerian conservatives saw milk disappear from their tea, meat shrink in their meals, school fees and hospital bills became demons, sex-for-food grew exponentially, deception emerged as a way of life. People who boasted they could never live in USA or UK, found themselves toiling very hard in Ukraine, Mexico, Syria, North Korea, Mauritania with the hope of ending up in New York or London no matter what it took.

Innumerable middle-class homes disintegrated because the father, not SAP, was held responsible for the shock economic and social deprivation that came through the front door of their homes like storm troopers. Imagine these same Nigerian conservatives scolding, beating and denying their parents for not being corrupt enough to maintain their standard of living. The policies of Thatcher and Reagan were particularly tricky for people of colour in the UK and USA, respectively. It is also worth knowing that there are past and present heads of state of other nations that cannot sensibly be praised publicly in the USA or UK. These things mean nothing to the Nigerian Conservatives even though they suffered all these things directly with a tiny percentage of exceptions.

Why should people believe in a (political) ideology that does not, even in the further reaches of hypocrisy or miscalculation, have any relevance of any kind to their daily living or their whole lives? Perhaps it is experimentation.