Pardon the omissions, there is a whole cosmos of jazz artists I have not mentioned. Chet Baker, Jerry Mulligan, Clark Terry, Gil Evans, Dexter Gordon, and Woody Shaw then George Benson, Bob James, Freddie Hubbard, Spyro Gyra, and the Crusaders have to be on the lists. Expanding the lists though only creates more discontent. Why has Art Blakey, Lee Morgan, George Russell, Wayne Shorter, Earl Klugh, Charles Mingus, and the Brecker Brothers been omitted? Just another big contention in purist and pluralist debate. Purists and pluralists have their classics. Many have favourites on each side, jazz is supposed to be the embodiment of freedom after all. Some may counter with the argument, a proper democracy is an expression of human freedom, an inverted totalitarian democracy is thoroughly undemocratic. Who could argue with that?

I once befriended a woman who had countless female jazz vocalist classic records from Ella to Esmeralda, Nina to Norah and Billie to Amy, but no male singers. She made me realise what I was missing. I have seen people start their collection with Miles Davis’ albums then diffuse their interests into the music of his luminary side-men. I have also seen some people who wait for the Grammy Awards, DownBeat polls and similar to buy their records. Some guys buy mostly chart-topping new-release albums and Editor’s choices. Other guys hunt and travel to collect classic jazz albums from the ’40s and ’50s. A savvy collector would have tried many leads before acquiring the necessary discrimination to buy well.

“One million copies sold” is a phenomenon rare in jazz, but it is not a reliable measure of musical quality or staying power. Mediocre art can draw in bountiful rewards while genuine masterpieces get ignored or only rediscovered long after the fact. Classics have to pass the test of time. Artworks panned or ignored by the critics and visited by commercial failure can undergo a most contrary revaluation. While some classics stand alone, others need the support of a whole body of work to shine through.

The trumpeter Lester Bowie and his band the Art Ensemble of Chicago were never taken seriously as jazz musicians, especially in the USA – their home country. On his death in 1999, Bowie became an instant legend. You may consider the jazz recordings discarded in vaults for thirty or forty years, only to be released, critics hailing and fans buying. One may wonder how many classics audiences never get to hear, well, in their lifetime. The Chicagoan who missed Mile’s Davis late December 1965 gig because he had to attend his niece’s wedding in St Louis would have to wait till 1987 to hear it if no bucket trips him over. More tragic are the classics that fade from the collective unconscious because no one talks about them anymore. “Underrated” and “obscure” are euphemisms for “forgotten.”

The vanity of collecting jazz records is unspoken. People collect stuff for various reasons. One reason I would not part with my vinyl albums is their cover art. The impressions of the cover photographs of Miles Davis’ E.S.P. or Hancock’s Inventions and Dimension albums are poetic. The psychedelic art of Weather Report’s Heavy Weather or Miles’ Bitches Brew is mind-blowing. You are often held in awe by the intimate portraits of musicians on the sleeves of Blue Note albums. The text lettering of Ornette Coleman’s Free Jazz album exemplifies the finesse of simplicity. Then there is the perennial debate of the look of a jazz genius; Coltrane’s Love Supreme and Monk’s Monk’s Dream album sleeves tend to win. Collecting jazz records is many a time also collecting visual art. For me, it was unconscious till I woke up to it.

Many people had three options in collecting jazz records when I started. The first was recommendations from family, friends, and strangers. It was always helpful if older persons in your household had a good collection. The second was to look through record label catalogues. Blue Note, Columbia and Atlantic led the pack in that department. You could listen to them in jazz records shops – many do not exist anymore. The third option was through sheer serendipity. You heard the music somewhere (TV, radio, the high street, a friend’s party), liked it and got its details – if you could.

I started collecting jazz albums, both vinyl LPs and CDs in the 1980s. By the year 2000, I owned over four hundred albums. My initial collection was predicated strictly on the Blue Note and Columbia Record labels. I then added the Atlantic and Impulse! labels. As my interest in jazz grew, my collecting habits became less label driven. Beyond the big labels, classics abound. Despite my interest in Avant-Garde jazz from when I was a child, courtesy of the influence from Film and TV scores, its absence from major labels obscured my access to the works of the Art Ensemble of Chicago, Anthony Braxton, Marion Brown, and Clifford Thornton. “Label hunting” deprived me of such music, not their paucity or unavailability.

Nevertheless, things are different for today’s jazz classics collectors, new and old. YouTube (linked to other social media platforms – Facebook, Twitter, Instagram et al) has decisively changed the way we are introduced to, listen to, and collect music. It has also changed the way we evaluate jazz. We can now be more certain about our choices of popular and personal classics for the moment or a lifetime. But don’t be too sure. 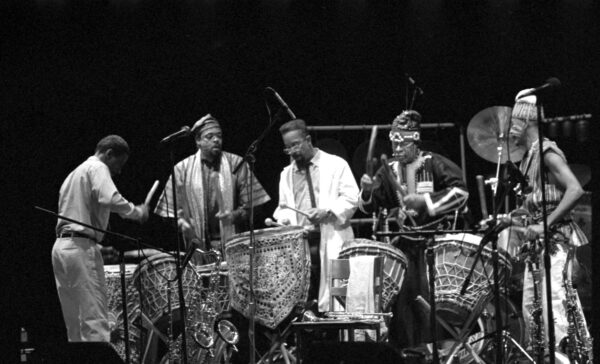 Oppression as a Test: Some Questions