An overview of Modern Urhobo music played by traditional exponents, Okpan Arhibo and King Enakpodia. The modern sound of the Isologu played by Lucky Adada.

It is easy to be unaware or unappreciative of Urhobo culture, but we learn every day if we are ready. The Urhobo culture and music have become more ceremonial than an everyday thing to its people. We ask, who else would seek and appreciate traditional Urhobo culture and music besides its own folks? My past and recent interests have taken me on long and exciting journeys into jazz and house music of many varieties. I make comparisons of traditional Urhobo music with other kinds of World music. The insights are interesting.

Urhobo music is an art for all musicians who play it. There is no best nor greatest. Urhobo music is not only traditional, for there are many significant Gospel, Pop, Afrobeat, and Rap artists working in the Urhobo language and reaching new frontiers. Their music is more Western-friendly than traditional music. It’s just a matter of pushing their appeal to broader audiences. We shall focus on them at the proper time.

Miles Davis often claimed a personal truth. He changed music five times. An ageing veteran, Okpan Arhibo has also changed music several times in Urhoboland, Nigeria. Okpan has and is creating modern music fit for popular global appeal and markets. His music is reaching wider audiences at home and faraway by the day. Who knows if it will snowball into an international success someday?

Okpan’s music is modern due to three factors. First, the driving forces of his musical direction include new experiments, openness to external influences, and a long, enduring band of talented musicians of like minds who have no problems with breaking new grounds. Okpan’s songs are often surprising and always welcome.

Second, his choice of Anthony as his backing vocalist was an attempt to modernise his sound. Anthony functions as an echo, chorus and backup singer, all in one. Regular chorus singers were not enough for Okpan. Then we have the exceptional playing of Lucky Adada on the isologu. Adada has turned the isologu into another kind of bass guitar or double bass. The isologu probably produces the most modern sound of the band. However, Adada’s sound is one half of a mojo, pairing with Atipoyo, a supreme percussionist. Blends of Adada and Atipoyo are both magical, modern, and moving. Poets of the feet, dance. The credit goes to Okpan for his choice of personnel.

Third, social media, especially YouTube, has exposed the music to new audiences and musicians from around the world. Okpan’s music is modern enough if Western DJs have been honest with me.

I remember my cousin dismissing Okpan’s music at a wedding and wishing American music was playing. He was unaware of the feats of Adada and Atipoyo’s capture. An hour later, my cousin was dancing like crazy to Okpan’s music at that moment. The beats and Okpan’s vocal poetry had caught him like a trap would. If the music enters your soul, there’s no escape. That Okpan’s songs intoxicate is no exaggeration. Many of his songs can alter consciousness, but the dominant dance beats of his music mask this aspect.

Lester Bowie said, “All music originated in Africa and all music must reach back to Africa,” he was not wrong. It is happening now and intensifying. African music is being reached backed to from Europe and the Americas. Urhobo music has been waiting patiently for a long time. It has also been ripening itself.

King Enakpodia, the new youthful innovator on the traditional Urhobo music scene, is also pushing the modern line by introducing Western instruments, the xylophone, and drum kits, into his music and directing his catchy songs towards young people. A long career lies ahead of him and we expect great things from him. Enakpodia appears to have taken on much of Okpan’s musical tradition into his playing, but he may or may not agree. We let the music speak for itself.

The global response to modern Urhobo music is all we are introducing here. The time is now. Good things are coming to Urhobo music and culture.

Please, take a look at my articles, Okpan Arhibo: A Traditional Kind of Disco Music and Jazz Music & the Influence of Yoruba Culture. Cheers 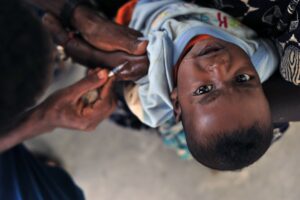 From A Myth to A Cure: Where Does Africa Go After Vaccinations? 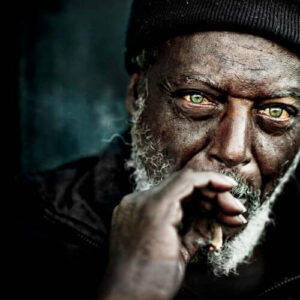 “Accept Your Loss and Move On” – The Eighth Rudder Blade