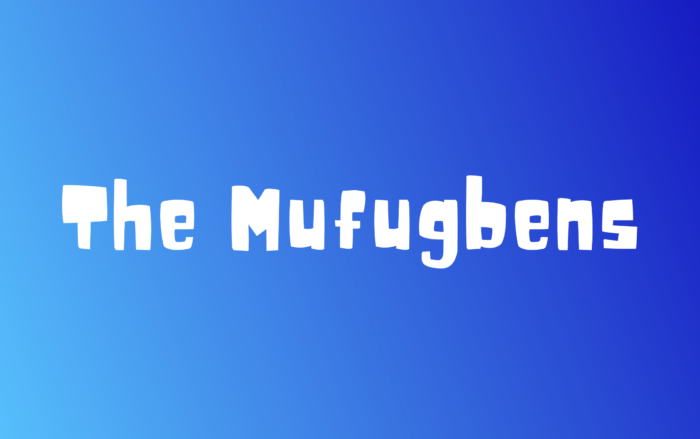 The search for the meaning of the Mufugbens takes an unlikely turn. No longer content with their meaning, the linguistic origins of the words are investigated.

The three mufugbens are, mufugbena, mufugbeneity and mufugbenous. They are words; easy to understand, difficult to define. Tough challenges need genius to define them, yet others stretch beyond intellect’s reach. Mufugben’s origin and background culture, I sought to discover, almost compelled me to wish I was a genius. I rejected the wish. It could kill me with ease, faster than sound’s speed. I have for decades heeded the advice, “Avoid taking on loads that can make me pass wind.” Well, pushing out gentle breezes I don’t mind but storms, hurricanes, and tornadoes I loathe. He or she without sin cast the first stone. I am waiting.

Mufugben’s etymology is obscure to the academy, making its standard definition problematic. Words sprung from the depths of West African culture have a hard time. Researchers study them for preservation, before their expected extinction. The mufugbens’ origin is ‘broken’; Afro-European. By linguistic classification, I am Edoid. I have interviewed competent and advanced speakers of Edoid languages. The Edoid origins of mufugbens remained elusive to me for many years. I shed plenty tears after my long search for the mufugbens ended without success. Friends and lovers have dumped me a few times, the mufugbens did it worse. They broke my heart then courage.

Good fortune dried my tears on a plane not long after when I met an Esan linguist, Joe, based in the United Kingdom. Joe is fluent in Esan, Urhobo, Edo, Itsekiri and competent in Kwale and Ika; languages of Midwestern Nigeria. Joe explained mufugbens were original words in Pidgin’s small vocabulary. Joe assured me speakers who used the word as currency are dead. The linguist’s centenarian great-grandmother, a former colonial teacher, taught him the words and their usage. He would have to find the notebooks he wrote them in.

European languages communicate precise concrete definitions, causing an ever-expanding dictionary of words. Synonyms can run into hundreds. Words without synonyms are new. Edoid languages carry their meaning through context and delivery. Words imply their meanings by their use and utterance rather than concrete definitions. I never overlooked the delivery of irony in the English language. My father spoke the Urhobo language like one endless idiom with repeated words taking on new distinct meanings. Dad used a small vocabulary to express what I cannot do in English. I mean, equipped with learning, dictionaries, thesauruses, and word processing software. I remember Dad’s ten-minute narration in which fuẹnhwẹn [death] had six meanings. Yes, broken equipment, marital separation, discontinuity, a beating, and death. My father’s stories were monochromes of countless shades; I miss them.

The unique obscurity of West African languages (studied before their expected extinction) became first proper lesson I got on the mufugbens. I remained far from receiving its concrete meaning, though. The search had to continue but no longer in the dark. I was wondering if O.J. Simpson could “retrieve” the notebooks for me.

Please take a look at my post, Mufugbenous and Mufugbeneity: What Do They Mean?. Cheers

The United State of America is the chief exporter of “globalisation democracy” that has seen nations around the globe both encouraged and bullied into taking on two incompatible dictates of governance policy; representative democracy and neoliberalism. END_OF_DOCUMENT_TOKEN_TO_BE_REPLACED

How can a so-called modern nation be perennially managed since Independence by way of “unsolicited proposals”? President Muhammadu Buhari came to power on the slogan of “Change” but he is still governing Nigeria unrelentingly with the instrument of “unsolicited proposals”. When loans are used to fund “unsolicited proposals” it is no different from gambling, high-stakes gambling. Any government that manages its affairs and vision with total dependence on “unsolicited proposals” is devoid strategic planning, structural effectiveness and reliable outcome expectations beyond the short-term; such is governance by improvisation [haphazard] and instantaneous expediency. Is this truly the way forward for Nigeria? END_OF_DOCUMENT_TOKEN_TO_BE_REPLACED

One of the most challenging experiences a Nigerian [or other African nationals] in Diaspora will ever face is encountered within the paradox of deciding either remaining in a foreign land permanently or going back home for good. END_OF_DOCUMENT_TOKEN_TO_BE_REPLACED

There are four ontologies / epistemologies by which research in the academy is undertaken and also put into practice in the real world. There is a lot of rhetoric about them but I tend to see methodology and practice through the lens of a person whose most loved one (a parent,  sibling, cousin, spouse, sweetheart, friend or business partner) is  suddenly rushed to hospital in a critical medical emergency condition and has to make important decisions based on the findings or assessments of a surgeon or physician. END_OF_DOCUMENT_TOKEN_TO_BE_REPLACED

Two Lectures – Master of Ceremony – Jide Lanlehin; at the Feast of Barracuda held by the National Association of Seadogs, Zero Meridian Chapter, London, England on the 16th of May 2015.

Windfall: Yankiokwa! Yankiokwa!!! Anytime you are this quiet we know you are up to something. How is you, Boss?

Yankius: Windokwa! The Windfall maker himself! Your potbelly has dwindled seriously. Is everything okay?

Windfall: Leave my stomach alone. I am curious. That bakery where the National Cake is being baked does still exist?

Yankius: The National Cake is crude oil. It still exists only nobody really wants it anymore. At least not for now.

Windfall: How can crude oil be the National Cake? Crude oil is a fossil fuel. Why do you have to be figurative about everything? Can you not just call cake what it is?

Yankius: In that case I will not talk any further about the National Cake. END_OF_DOCUMENT_TOKEN_TO_BE_REPLACED