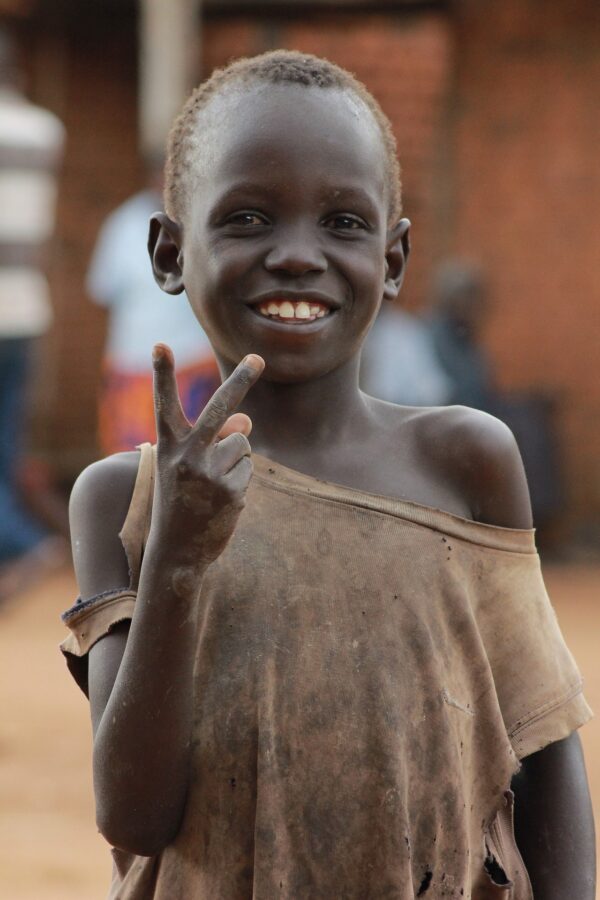 Malcolm Freeman Godfrey is a man on Facebook I have learnt not to ignore. He is a truth teller in the pure sense and never minces words. Two things are remarkable about his posts. One is he persists in his truth-telling in a post-truth era. The other is he describes Nigeria in extremes of culture and permissiveness. On close reflection, difficult to live, survive or even flourish in Nigeria without being extreme. Living in extremes is the underrated cause of problems in Nigerian society. For society to advance and progress, the balance of power, the Golden Mean (the abhorrence of extremes), fairness, discipline, trustworthiness, honour, and stables preferences are necessary for the rightful allocation and expression of ideas, energies, and stocks available. Introduce an added part of the Human Development Index to measure how unbalanced a society is, Nigeria may win gold without adjustments made.

From an early age, we teach the Nigerian three sets of binding rules in proportions that depend on the preferences of parents and guardians and, later, the personal developments of individuals.

Traditional rules are the important in the lives of most. There is nothing wrong with them. Taboos and rights shape the socialisation of people. The problem is traditional rules apply to only the traditional or primordial sphere; seniority, orders of ascendancy, chieftaincy, virginity, incest, sorcery, marriage. Traditional rules are not universal in application. Each ethnic group or clan has its own peculiar traditional rules. It surprises no one traditional rules are dwindling is stature and enforcement. We frown at the wife, who praises men besides her husband; a Facebook like or love is alright. Men who craved virgins now want experienced girls with skills. Seniority still holds if one has enough clout or wealth.

Civic rules are the best defined and most universal. We rank them as the least important by most Nigerians. Most will deny it, hoha! But who has a concrete grasp of the reasons for civic rules? Why do people stand in queues, obey traffic lights, pay taxes, drive road worthy cars? It is a scandalous claim to say 90-95 per cent cannot offer a proper answer. Just start asking the closest standing and seated next to you and your eyes may pop with disbelief. The Thou Shalls and Thou Shall Nots, the lawful and unlawful, the pleasant and the terrible have been reduced to a continuum of each other. Some plead such does not only happen in Nigeria. Should that concern a concerned Nigerian?

We expect Nigeria to run as a democracy. Many of its citizens have legal literacy. Question: what’s the purpose of justice institutions? Before corruption, state nonfeasance, public cost-avoidance, and deliberate civic failures embedded themselves in the legal institution, the country suffered from legal pluralism. Legal pluralism offers a choice between formal and informal laws in the search for redress; courts, customary courts, religious courts, royal courts, market women courts, trades person’s courts, clan courts, and more.

Two quarrelling senators can opt to take their political contentions for binding rulings to the grand patron court or an ethnic royal court or a third-party corporate court (if both senators have contractors with say, Shell Oil). The law courts are only opted for when a credible third-party arbiter is unavailable. The institution responsible for enforcing the rule of law is thus the least choice of redress. Without surprise becomes a contrary institution – doing the opposite of its purpose.

Religious rules are the trickiest of rules for many Nigerians. The laws of God are self-regulated by each individual and therefore warned not to judge. Ha ha ha! Between righteousness and obedience on the one hand and hypocrisy and religiosity on the other, self-righteousness and delusion reigns. Not compliance or obedience to divine edicts. The statement is harsh; I agree. Finding any Nigerian living their lives under the Gospel of St Matthew or Suratul-Baqara or Maginizuo is a confirmed impossibility. Yet, too many of my countrymen and women wrap themselves up in religious text. It helps their imagined escape from their vices and not-too-good identities and those of the spiritual avatars. Not that it changes them. It only provides excuses backed up by vain passages, divine laws are spoken than put into action. Practicing what they preach was never part of the arrangement to “trust and obey.”

The inevitable mix of current civic and traditional rules neither resembles those brought by the colonialists nor of our indigenous history, respectively. They may look like monstrous morphs to observers. Further spliced with religious rules, the mix gets more complex, scarier, wilder, and unfit for purpose. Our society becomes a place in which codes of governance get taken over by deformations, malignancies, arbitrariness, and lethargies, till they become unrecognisable. Most acts of governance in Nigeria appal the aging and match nothing read in books of learning or experienced overseas.

Money has become the law in Nigeria, the rule of money, only for its unstoppable enforceability and embraced universality. It trumps and unbalances the Constitution of Nigeria. I remember many a southern Nigerian elite support Osama bin Laden in 2001. Not because they had any tolerance or liking for terrorism. Nor because of any dislike for America, they love America. Or because they were Muslims, they were Christians. They supported Bin Laden because he was a billionaire or from a billionaire family. That money is right is the new morality that, by consensus, fuels Nigeria’s rule of money.

Money can buy into any vice on the planet, including financial and violent crimes. Under the rule of money, no notions of it are extreme. Because the power or possession of money cannot be extreme. Rich men back groups like Boko Haram, Bandits, and Militants and their terrorism is self-evident but explained away as a necessity, not terrorism. Politicians are kleptomaniacs decivilising but regarded as deserving. Sex is to the highest bidder or the closest. Friendship is to the one who yields the highest utility. Money has pushed society towards decadence with illegal sources desired over legitimate ones.

The logical outcomes of the trivialised rules we see are extremes that emerge and proliferate unchecked. What is in place to check them? Who benefits and who suffers because of the extremes?

It may now not be clearer why Malcolm is fair in describing Nigerian in extremes with routine persistence. He like many others activist want Nigeria well-balanced. As hard as it may be, the search for tools to balance the society continues. END_OF_DOCUMENT_TOKEN_TO_BE_REPLACED

The word “stone” is a very ominous one that conjures up exclusively many meanings and images of violence and immorality. The emphasised passion with which the First Lady uttered the statement is reminiscent of people praying for fatality to happen to their enemies in the ‘return-to-sender’ fashion. It betrayed a violent consciousness in Nigerian democratic politics that politicians are by keen self-regulation forbidden to reveal and therefore a characteristic of Nigerian politics ‘in private’. Cases of Freudian slip (utterances due to psychological mix-ups) or Kinsley gaffes (truths uttered by politicians in public by mistake) are rare in Nigerian politics. END_OF_DOCUMENT_TOKEN_TO_BE_REPLACED t is interesting to know that the Niger Delta is listed third out of ten hotspots of ecocide in Polly Higgins’ Eradicating Ecocide. I have written a review of the book on this blog for two reasons: its project represents the amalgamation of my three main research interests namely, corruption, institutions, and green economics, and it is a very interesting visionary book. The fact that the region has been classified as an ecocide hotspot saves me the need to describe the monstrous environmental and human degradation going on there in the name of Nigeria being a “middle-income nation” and doubling as an “improving nation” within the provisions and expectations of “transparently globalised profit-seeking”. Transparency for what it is worth washes its hands of a lot of things and especially ecocide. END_OF_DOCUMENT_TOKEN_TO_BE_REPLACED

Ever since ex-President Obosanjo threw the gauntlet to Nigerians in general in to prove the acts of corruption of General Babangida (rtd) (Nwaobi 2004), it has become fashionable for specially interested Nigerians to ask for proof of obvious crimes and malfeasance carried out against the nation and its people by either privileged individuals or organisations with a sole purpose i.e. the presumed impossibility of individuals to provide the proof asked for. That is a very delusional precedent for Nigerians to uncritically follow since in reality there is abundant proof of Babangida’s acts of corruption. END_OF_DOCUMENT_TOKEN_TO_BE_REPLACED

When we say the ‘blood of Nnamdi Kanu’, there is no intention to link it to the ‘blood of Jesus’ for that will be blasphemy and an unnecessary if not foolish comparison. However, the blood of Nnamdi Kanu is becoming more important every day in the future and stability of the state of Nigeria; his obtusely directed detention has made him the stuff of an unlikely hero to millions.  He who spills Kanu’s blood shall bring great misfortune to himself and the nation of Nigeria; sooner or later. Dismiss the young man, Kanu, but can you dismiss the concerns and support his cause celebre status has had on Igbo and non-Igbo Nigerians? END_OF_DOCUMENT_TOKEN_TO_BE_REPLACED

Nigeria since independence in 1960 has had six democratically elected executives, the most recent being Muhammadu Buhari. The country has also had seven military heads of state; six by way of coup d’état). No democratically elected head of state from Tafawa Balewa to Goodluck Jonathan has ever gotten into power on electoral promises of anti-corruption while all six military coups were staged on the raison d’etre of fighting corruption. Anti-corruption has thus never been exploited for election purposes in Nigeria, until 2015. Change? END_OF_DOCUMENT_TOKEN_TO_BE_REPLACED