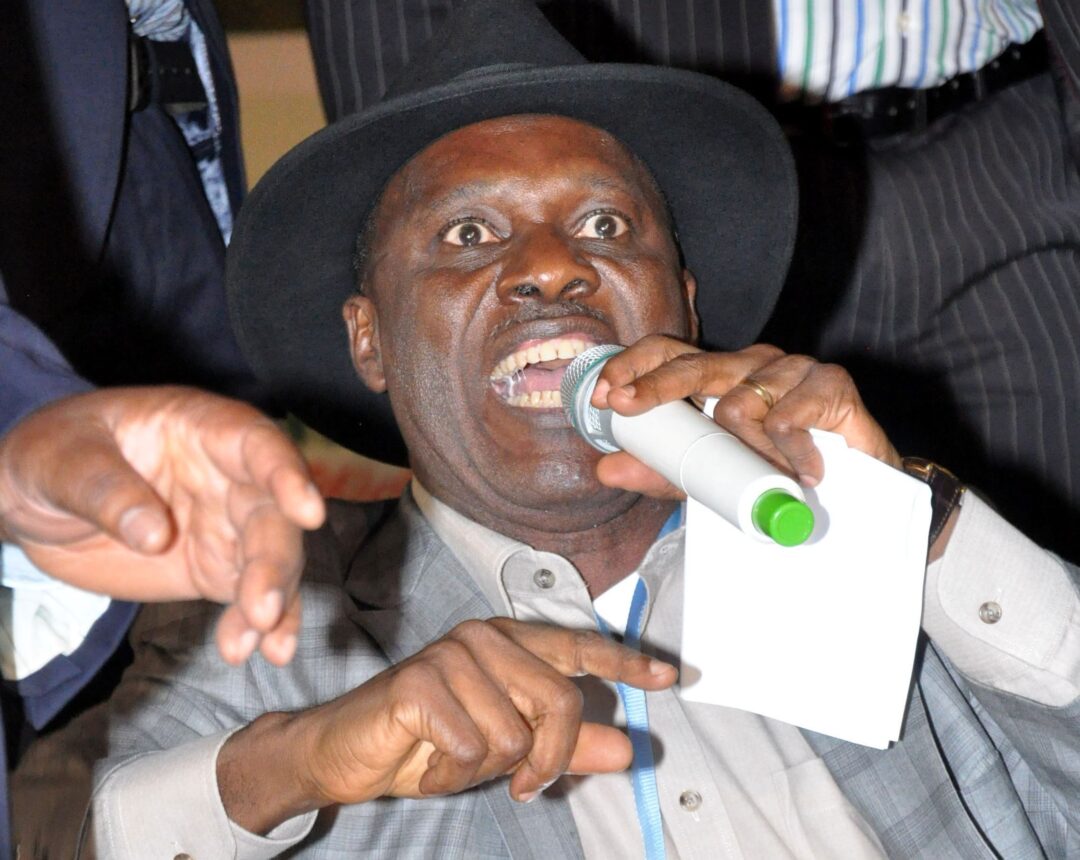 If one wants to explain why former Minister of the Niger Delta, Godsday Orubebe, of the People’s Democratic Party (PDP) behave the way he did at the National Collation Centre where the elections results for the 2015 Presidential and National Assembly elections quartered, it is easy to compare Orubebe’s actions to those of Matthew Harrison Brady at the end of the film Inherit the Wind. Brady in the film gave a hysterical even insane outburst having lost a classic case Darwinism versus the Bible, he being on the side of God. Orubebe was fiery, indignant, overbearing, desperate, vehement or disruptive but he was not insane.

On Election Day and the days of vote collations and announcements that followed there were countless (subdued and silent) Orubebes on all sides of the political divide in Nigeria but more pronounced and extensive among PDP politicians, their patrons and clients. Orubebe, singularly, was the public window into hearts and minds of many who lost out at the ongoing elections. His voice, his vehemence, his defiance, his indignation, his pain were all the ramblings of a man who could not accept defeat. Loss is hard to bear whether in estrangement, bereavement, dispossession etc. especially when it was unexpected. PDP never expected to lose. The cost of hubris is something these elections will teach Nigerian politicians if they will learn.

Many in Nigeria see democracy only in benign terms and with benign expectations. Such is thoroughly misleading and always results in a harsh sober awakening mostly for the voters. This will make them judge Orubebe’s tantrum very harshly. Free and fair elections are rarely free and fair except for in very few nations on the planet. Vote buying and policy buying (lobbying) is perennial and legal in the United States. There is the uncritical expectation of sportsman-like acceptance of defeat even though there is untold bitterness in defeat in all lands and all sports. In 1969 Honduras and El Salvador fought a war precipitated after a soccer game (though not the primary cause) and soccer games helped in the disintegration of Yugoslavia.

Then there is the expectation of increased good governance and reduce levels/scope corruption at a time when globalisation democracy neoliberalism has created an entrenched environment enabling the opposite to happen. Democracy in Nigeria is nowhere near resolving ethnic crises among the 2015 elections has created a new arena / dimension for ethnic politics which we hope will do more good than harm. Ethnicity together with corruption and misgovernance are perpetually ruinous to the Nigerian state. There are also  angry desperate politicians and special interest groups who do not accept defeat especially in court cases disputing election results.

Orubebe did apologise swiftly for his now infamous actions but it seems many are neither tolerating nor accepting it. His well-nigh hysteria in front of the nation and the world’s media was unquestionably unbecoming of a statesman. However, he will be politically rehabilitated in the near future; he should be able to ‘bounce back’ with some self-reinvention and as the Wole Soyinka on Muhammadu ‘moments’ have exemplified, people seen as heinous devils today can be thoroughly forgiven and supported tomorrow. Maybe the public is simply fickle.

Nevertheless, Orubebe’s tantrum inadvertently created a contrast that made President Goodluck Jonathan’s swift and humble concession of defeat message to Muhammadu Buhari, his opponent, in the presidential elections ‘monumentally honourable’. Some will dispute this in an attempt to dismiss anything good Jonathan did or will do as president but history is something he has made with that act and will be seen so much more clearly after the election fever has subsided. t is interesting to know that the Niger Delta is listed third out of ten hotspots of ecocide in Polly Higgins’ Eradicating Ecocide. I have written a review of the book on this blog for two reasons: its project represents the amalgamation of my three main research interests namely, corruption, institutions, and green economics, and it is a very interesting visionary book. The fact that the region has been classified as an ecocide hotspot saves me the need to describe the monstrous environmental and human degradation going on there in the name of Nigeria being a “middle-income nation” and doubling as an “improving nation” within the provisions and expectations of “transparently globalised profit-seeking”. Transparency for what it is worth washes its hands of a lot of things and especially ecocide. END_OF_DOCUMENT_TOKEN_TO_BE_REPLACED Sir John Glubb’s enduring claim to fame, perhaps among other things, is an essay he titled “The Fate of Empires and Search for Survival“. Having been an adept historian as well as military commander for the British empire in its twilight days he understood something worthy about the rise and fall of empires. His career started at a time it was believed the sun would never set on the British empire and he witnessed to the rise American and Soviet empires while the British dominion faded. Are there any lessons for Nigeria and other African nations in Glubb’s observations? END_OF_DOCUMENT_TOKEN_TO_BE_REPLACED 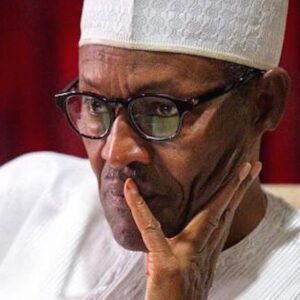 There are many able Nigerian analysts, commentators, pundits, academics and journalists who have rightfully earned a say in the Nigerian political arena. Most are insincere, some swing and a few are truthful in their evaluations of the state of political realities and performances of governments and their principals. All performances of governance do need to have standardised or unique benchmarks for their measurements to be valid.  END_OF_DOCUMENT_TOKEN_TO_BE_REPLACED

This article starts and concludes with the following sentence. “Governance and corruption are essentially about social organisation on a scale that ranges from very good governance to very bad governance.” Very good governance regarding government and organisations does not necessarily suggest the absence of corruption but very bad governance is typically characterised by serious corruption. It is important to focus on the definitions, approaches, perspectives and logics of corruption as long as they are appropriate. However, it is unfortunate when the purpose of managing corruption with anticorruption is often forgotten; the improvement of social organisation or maintaining high standards of enforcement. Social organisation at its root is the ‘collective action’ of two or more people. As the numbers of people organised increase so do the complexity of its management. END_OF_DOCUMENT_TOKEN_TO_BE_REPLACED

Excerpt of a talk ‘The Crisis of Leadership – The Case of Nigeria’ given by Grimot Nane at a meeting of the Democratic Alternative (DA) about the leadership problem in Nigeria – 15/05/2017.

President Muhammadu Buhari won many die-hard supporters purely because he refused to play the game of “begging bowl politics” at a time when Africa’s innumerable dictators were queuing up to take IMF / World Bank loans as global neoliberalism aggressively dictated. If Buhari had accepted the aggressively marketed neoliberal-induced loans, General Ibrahim Babangida might have never become president and Nigeria’s recent history different. Conversely, if Buhari had remained in office enduringly then with the “no loan” stance, Nigeria might be up there today with Botswana, a nation that rejected IMF / World Bank loans. However, Buhari, now a democratically elected president is actively courting loans from economic powers, the most recent being China. What happened? Egnahc? END_OF_DOCUMENT_TOKEN_TO_BE_REPLACED