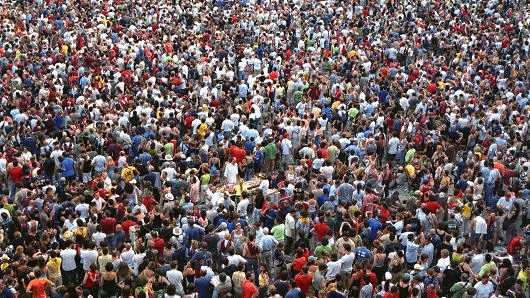 One of the most interesting but intractable things about development in Nigeria is the pervasive perception of both what it is and should be. What is development? Why are Nigerians always left behind? These are questions best answered indirectly.

When many educated Nigerians (not the over-100 million illiterates within the country) still expect leaders to be judged by the initiation or completion of projects, we know why modern politics is beyond the country. Can anyone ask themselves what projects leaders of any advanced nations are judged? Acts are passed in parliament to fund projects, out of certain revenues, to achieve certain goals, in specific manners. Acts of parliament! Acts are the core institutions in the governance of so-called democracies, not projects. If it takes 14 years to start and complete a nuclear power station, in a four-year term system who claims credit for it when completed? If it takes 18 years to eliminate illiteracy in a country after the start of the project who takes credit? 2, 3 or 4-year projects never developed any nation, so why are many educated Nigerians so narrowly focused on them? Credit taking is the leading cause of discontinuing projects initiated by predecessors. When an incumbent has nothing to show will send out the meme “Mr A started the project, but [He] Mr C completed it” or “Mrs D swore it into law, but [He] Mr R implemented it”, credit stealing. One the reasons some are very sceptical about the cry “get your PVC” is that even if elections are free and fair, and ethnicity and religion were put aside, Nigerians will still vote projects. It is a matter of perception.

What role do capital projects clamoured for by many educated Nigerians play in the serious development of Nigeria? Little, very little. What is the point of buying a Boeing 737 if passengers cannot afford the airline fees or there is no staff to fly the plane? Let us look at some realities here. Firstly, the major capital projects in Nigeria are undertaken by foreign concerns which is equivalent to spending vast sums of oil money outside the economy. Capital projects are the primary source of external debt burden but do not end up becoming rich sources of internal revenue. The power stations, roads, refineries, pipelines, industrial parks, stadiums, dams, non-Apapa ports, steel complexes provide the nation with derisory services and do not spin revenues. The extremely archaic achievement of tarring roads and building bridges in Nigeria is habitually ephemeral. Many of the roads the governors of the day were praised for a few years back are now brooks, streams and rivers when it rains and dust tracks when it does not rain.

Secondly, development in its proper sense has always been about “Human Development” – health, education, affordability of goods and services, personal income, employment, quality of life, the standard of living, security and well-being. There was a time in Britain when there were no employee protections, no pensions, no maternity leave, no social housing, no National Health Service. No polytechnics/technical colleges, no public schools, no police force. Today due to and for the sake of human development, these this are very well established in Britain. The reason people migrated to the US in large numbers for over a century was better wages and human development opportunities not the Golden Gate Bridge, the Route 66, the Hoover Dam or the Empire State Building. Where are the institutions that foster human development in Nigeria? Many Nigerians are still heading overseas seeking human development benefits, not civil engineering marvels. Tell us the Nigerian leader who has delivered on those aspects of human development apart from Gowon; then one would have a point. As Nigerians, for politic’s sake, they still equate development to feats of civil engineering. Who benefits from these feats of civil engineering in the short to long? Less than 2% of all Nigerians.

Still, on the issue of capital projects, former Soviet republics and Eastern Bloc nations were and are packed full of infrastructure development. Nevertheless, their economies are not buoyant, and their quality of life and standard of living is not high. When the Soviet Union was about to collapse, it was human development the citizens cried out for. So much for infrastructure and capital projects. As was previously noted, capital projects only benefit citizens (human development) when they can afford their use and can undertake these projects themselves. Capital projects do facilitate development but not all by themselves, as many Nigerians expect. Capital projects were the core of South Korea and China, for example. But Korea and China put Human Development first; look at their home skill base and the services and incentives available to workers. They did not need expatriate workers to build, run, maintain and upgrade their infrastructure, because of their enabling national education and training policy outcomes and the political will of the leaders. They developed their nations all by themselves. Is that not real and experienced development?

Take a good example. Nigeria privatised NEPA / PHCN then the Big thieves that bought it for themselves found that Nigeria severely lacked local skills/expertise to run/maintain the privatised assets and was unwilling to hire expatriates at ten times or more the labour costs. Those few Nigerian based professionals who could run the power sector were seeking and sought jobs overseas in search of human development opportunities with much success. Nigeria in effect privatised blackouts.

Close down the railways in the UK or Japan or Brazil or India for two weeks, and their economies will grind to a halt. Close the railways that are the landmark of Buhari’s government, and the Nigerian economy will not notice. How well are the National Stadium, National Theatre, Akpabio’s Stadium, Babangida’s ECOWAS Conference Centre, Kainji Dam, the New Railway links serving Nigeria? Very badly because the local citizens cannot build, manage and maintain them, nor can they enjoy them. Nigeria has perennially for over 40 years had approximately the most unsafe roads in the world per capita by way of death toll and injuries. Who among those Nigerians reading this article has not lost at least two friends or loved ones on Nigeria’s roads? Human Development improves life expectancy, Nigeria’s roads help reduce it in the country. Is that development too? If anyone wants to praise a Nigerian leader show us one who has improved living standards of Nigerian citizens, then infrastructure will start to count.

Improvisation as a law of development is expedient at best, irredeemably disastrous at wit worst. Whatever happened to the wisdom of “it is not how far but how well”? In Korea and China examples, it is clear the infrastructure does count in development and why? However, the emphasis of this article is Human Development. Infrastructure development without human development leads nations into waste, “poverty traps”, rent-seeking stagnation and white elephant schemes. Infrastructure development carried out in line with corresponding human development is what advances a country, nothing else that is known to man. What is the point of pounding enough yam to feed 5000 people but not providing soup to eat it? Nigeria has too much bitumen, countless professors of civil engineering and has earned well over $1 trillion in oil revenues but still has the most unsafe and backward roads in the world.

The infrastructure some are hailing today, take a look at them in 5- or 10-years’ time and evaluate. Think this out: when the National Theatre, Lagos was built it cost Nigeria £73 million. That was the time the Barbican Centre was constructed for just £5 million to the British taxpayer. Has National Theatre promoted the arts or entertainment in Nigeria (beyond FESTAC ’77) or generated revenues for the government? It is a wreck. Compare it with the Barbican Centre which is a world-class venue of arts and entertainment, the largest of its kind in Europe, a major tourist attraction and spins money. The more classrooms at any level of education that is built, the less skilled Nigerians become. Government Trade Centres (later named Technical Colleges) of the 1950s, 60s and 70s Nigeria were so good that Britain gave their graduates labour to work in their heavy and light industries directly without further training. Graduates of the abundance of schools in Nigeria today have to train to do cleaning jobs in the UK. That is equivalent to the deciviIisation of our graduates and trainees and citizens. How people can hail deciviIisation as progress is something; no one should bother to understand.

If the perception of and what it should be are not right or appropriate, how can its expectations and implementation ever achieve its rightful goal, human development?

The Senate probe into the management or mismanagement of the Nigerian Electric Power Sector (NEPS) is a long awaited and welcome undertaking. However, it is an undertaking that will trigger and sustain a lot of skepticism about its potential success in the minds of innumerable observers of various persuasions, both foreign and local. What will come of it?

END_OF_DOCUMENT_TOKEN_TO_BE_REPLACED

Anti-corruption from any technical or non-technical perspective is invariably about preventing, detecting and prosecuting corruption. The proceeds of corruption is another. The Buhari Administration has an innovative and creative approach to anti-corruption which has nothing to do with prevention, detection and prosecution whatsoever; it has all to do with refunding or recovery of monies stolen from thieving politicians by way of bargaining. The monies earmarked for refund and recovery so far is incredibly far less than 1% of the total monies that are recoverable. So, in the scheme of things what signal does “recovery as anti-corruption” send to politicians and public servants? END_OF_DOCUMENT_TOKEN_TO_BE_REPLACED

The first corruption prosecution of President Muhammadu Buhari’s reign has succeeded. The former Director-General of the Nigerian Maritime Administration Safety Agency (NIMASA), Raymond Omatseye, has been sentenced to five years in prison for his orchestration of N1.5bn contract scam. Omatseye got what he deserved; every guilty man and woman should be punished according. Well, not quite. The process that led to the conviction precedes this administration. Then this success is actually a major failure of anticorruption when considering the political economy and ethnic dynamics of Nigeria, a massive sham. The prosecution / conviction of Omatseye suggests a pattern of ‘ethnic ease’ adopted by several Governments of Nigeria (GON); the smaller the ethnicity of a corrupt official the easier it is to convict him or her and vice versa. END_OF_DOCUMENT_TOKEN_TO_BE_REPLACED 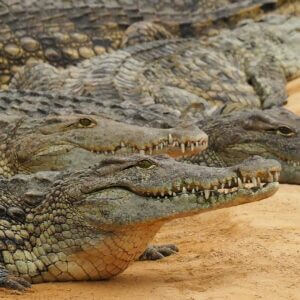 That Nigeria is gripped by unrelenting mass poverty, despair, and desperation is not in doubt. Yet, the most common claim made by Nigerians about their country is that it is “Sweet.” We look at what makes Nigeria so sweet despite the biting hardships. END_OF_DOCUMENT_TOKEN_TO_BE_REPLACED 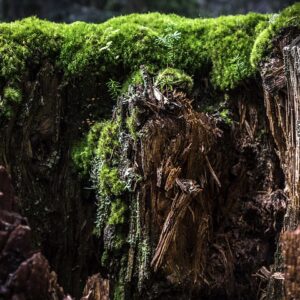