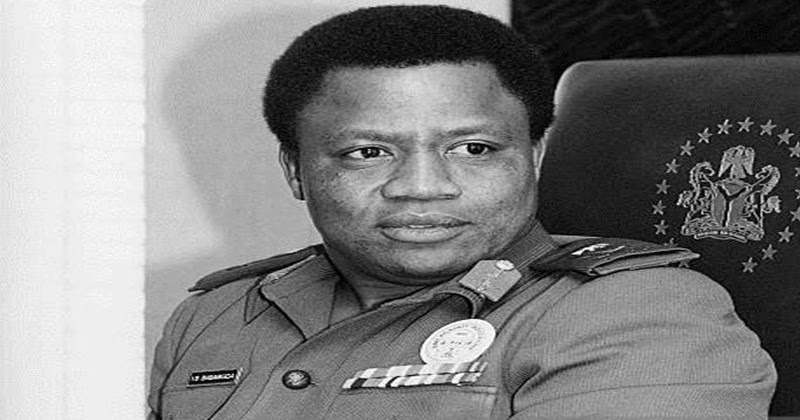 Young, obscure student leaders initially led the best chance of a revolution Nigeria had at the University of Benin campus in May 1989. These young leaders staged a protest that became famously known as the “Anti-SAP Riots”. This protest-turned-riot, spilt into Benin-City and rapidly to other cities in Nigeria including Lagos, Port Harcourt and Ibadan. The masses were firmly behind the student protesters. The people bought the persuasive message of the obscene leadership corruption and thoroughgoing military repression. However, it was the rejection of neoliberalism that was mercilessly impoverishing the majority of Nigerians that spurred the citizenry. The people and the student protest were one people with a united aim. The guns of the repressive military regime no longer frightened the masses; they had nothing left to lose.

The riots unbeknown to many participants were the child of false rumours of the publications of the ostentatious lifestyle of General Ibrahim Babangida and his wife, Maryam, in the US Black celebrity magazine, Ebony. Its falsehood did not seem to matter one iota. It was a flashpoint that had triggered a real looming need of the citizens. The momentum of the protests had by then exceeded a critical threshold; the masses were revolution ready.

Alas, the student leaders could not take early momentum of the demonstration any further than protest. Inexperience and a lack of revolutionary ambition might have hampered their progress. The intention of the protest was not revolution initially; deterrence and policy reversal by the Babangida-led government was their goal. The sheer rapidity of the expansion and popularity of the protests/riots among the masses might have overwhelmed the student leaders as the opportunity for revolution became increasingly feasible. Each university campus the protests spread to it, in turn, spread to the university town and neighbouring ones. All Nigerian universities had to be shut down by the government to prevent the entire nation from being consumed by virtually unstoppable momentum of the protests/riots. Babangida and his govern were frightened; student riots had never been so popular with the general public.

Student unionism and leadership had defied the usual Nigerian problem of the ethnic barriers, but this was probably because the leadership of the protests was progressively devolved among numerous student and activist leaders rather than having a central leader. This very dispersion of leadership may have also dampened a collective ambition to turn the protests into a revolution. Nevertheless, it is worth noting that the April Revolution of 1960 in South Korea that overthrew the autocratic government of President Syngman Rhee after 12 years in office was the handiwork students and started as a protest.

President General Ibrahim Babangida’s response to the student-led protests/riots exposed many chinks in his armour, and future pro-democracy protesters and military officers would capitalise on them. Babangida had no choice but to hold onto power by issuing ever-greater rents to the stakeholders that supported his government and resorting to the techniques black ops against his opponents. These rents introduced a “culture of settlement” which made Nigeria a broad rent-seeking nation and corruption soared. Many of the student leaders, men and women of ability, found themselves seeking safe-haven overseas.

When eventually Babangida famously stated “I will step aside” and vacated office in fear in 1993, the genesis of submission had begun at the University of Benin in 1989. An excellent opportunity for a bloodless revolution was missed, and we might have had a very different Nigeria today.

Political revolutions typically are bloody, murderous, devastating and ruthless; it has never stopped political revolutions from occurring. Revolutions may not be bloody if the leadership in power hollows itself out of its supports but continues to rule as if power base is stable. They wake up one day to find their military and police no longer support them and are sympathetic to cries of the masses. Such bloodless revolutions occur when the leaders in power resort to “flight from office” when their ascendancy, legitimacy and rents have expired. Such was what happened with the April Revolution in South Korea.

Many Nigerians will hope if such an opportunity for a bloodless revolution comes around again, it will not be missed. Never again.

If one asks the everyday person from Edo or Delta States, which make up the now-defunct Mid-West region or Bendel State, or anyone from the rest of Nigeria who Albert Okonkwo was, probably much less than 1% would know the answer. Many would ask why they should know who Albert Okonkwo was in the first place. But why not? END_OF_DOCUMENT_TOKEN_TO_BE_REPLACED

Anti-corruption is raging in Nigeria and governance as predicted is blind siding countless worthy and real issues for governance. Anti-corruption is not an excuse whatsoever for a nation or government to [completely] forget any of its governance responsibilities to the nation. Incidences of suicides due to major government failures and irresponsibility due rapacious theft are rising in Nigeria but as a hidden and unspoken phenomenon. What hope does the present and future generations in Nigeria have? END_OF_DOCUMENT_TOKEN_TO_BE_REPLACED

Christmas is here! This time last year many politicians from Delta State were queuing up in London, England to see ex-Governor and Gubernatocrat, Chief James Onanefe Ibori. They were far away from home and the main reason they wanted to see “the Man” was to secure their political futures in the wake of the 2015 general elections and perhaps do other things for themselves. After all, Ibori is founder of the dominant Peoples Democratic Party (PDP) based Ibori Dynasty that rules Delta State even when he is in the slammer in a foreign land! One may wonder what this Christmas holds for the Ibori Dynasty. END_OF_DOCUMENT_TOKEN_TO_BE_REPLACED

Not all medical professionals (doctors, nurses, pharmacists, radiographers, medical laboratory technologists, occupational therapists, physiotherapists, psychologists etc.) married from Nigeria into diaspora (especially the USA and UK) are “medical mail brides”. Female medical professionals are human and just like other professional and non-professional women; someone will desire them, court them and marry them where the possibility arises. The problem raised in the previous article (see http://wp.me/p1bOKH-vJ) is the “intention”, yes the intention, of men marrying female medical professionals from Nigeria or coercing them into becoming one after she arrives. If it is not loving, could it be pimping? END_OF_DOCUMENT_TOKEN_TO_BE_REPLACED 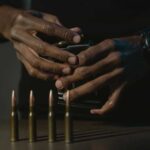 The truth is often a bullet and few people understand such as much as than rogues in power and the corrupt. Punishment for truth-telling is thus a common tactic the powerful use to silence or pepper those without the audacity speak-up.  END_OF_DOCUMENT_TOKEN_TO_BE_REPLACED