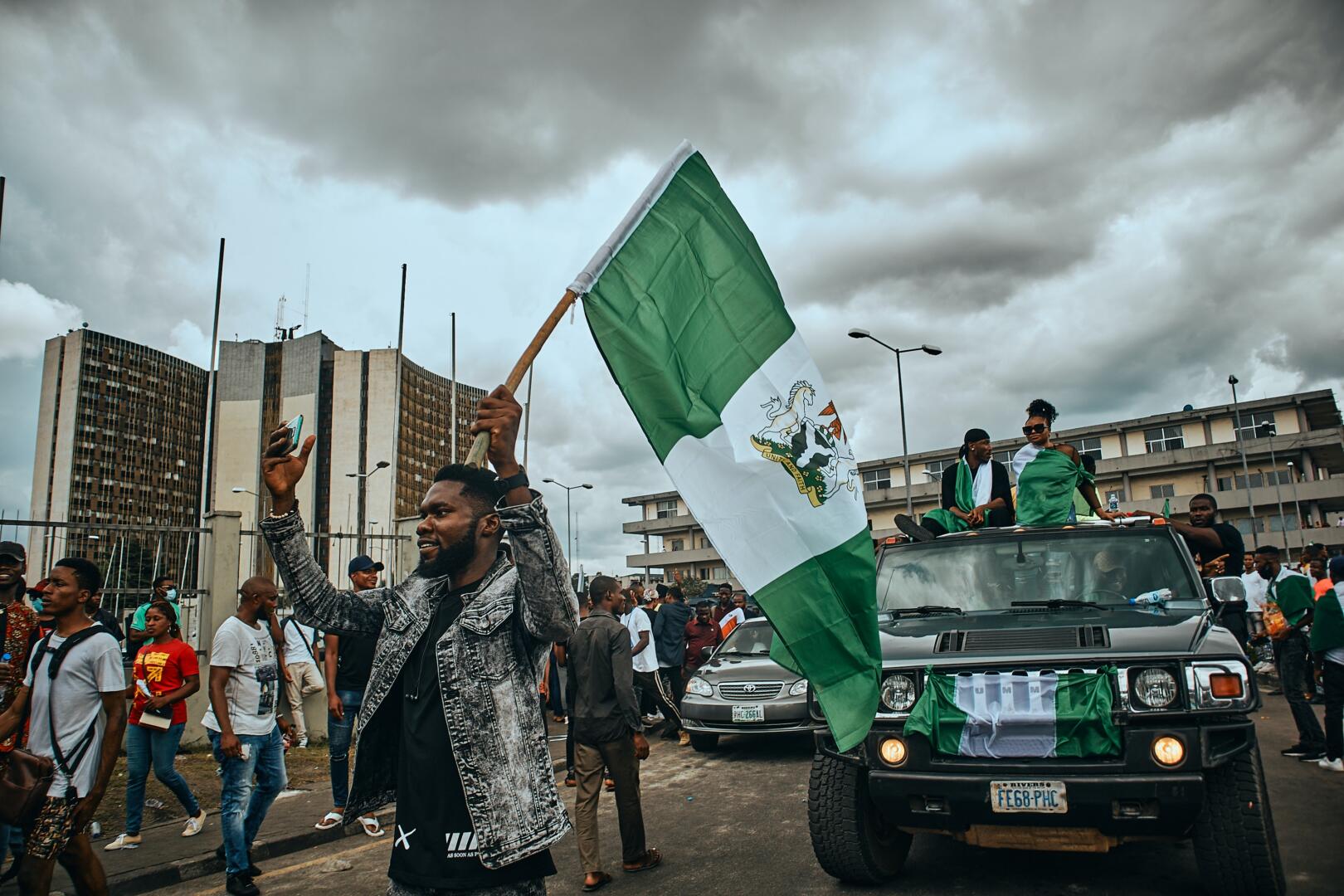 Voting, votes and honest election results are not enough to prevent elected officials from misbehaving or misgoverning once they get into office. Constitutional checks and balances are not usually sufficient enough to check and balance the activities of those in power abuses of power in the form of malfeasance, misfeasance and nonfeasance. Such abuses are hard to detect by the everyday citizens and those in government have no incentive to report them. Those who independently report such incidences quickly become “enemies of the state”. Therefore, other strong pressures and institutions are required to subject those in power to govern well, but they must emerge from the citizens themselves or a significant number of them. Nigeria is no exception.

Dynamic social movements often sound grandiose, the stuff of great men and are shrouded in numerous assumptions and myths. A social movement is simply a civic tendency of expectation among ordinary citizens translated into organised groups capable of realising their goals through indirect but mostly direct action. Nigeria has sufficiently experienced social movements such as the Independence movement (from colonial-rule) and the Pro-democracy movement (against military-rule) of the 1950s and 1990s, respectively, which were largely successful. The logic of those movements was constant and consistent pressure, that is why they worked. However, there has not been any tangible social movements marshalled against utterly “bad democratic-rule” in Nigeria which has been in ascension for 19 years. That in itself is an opportunity perennially missed by good active citizens but for how much longer?

Unemployed graduates and skilled workers; women who want to work and do business without sexual molestation; Nigerians without access to good medical and health care; those without electricity, water and sanitation; those who see their children starving to death or face hunger daily; youths who want to participate in electoral politics; these are all potential social movements or roots for the genesis of them. The opportunities for the establishment and mobilisation of strong social movements that can bend the will of the government in Nigeria has no paucity, there would also be no shortage of constant and consistent pressure from the aforementioned groups and more.

On another level, we have the market women’s movement, students movements, the Niger Delta militant movement, the get-rich-quick movement, the social media movement. All have had their impacts on the political, economic and social life of Nigeria. However, none has had any significant impact on the way Nigeria is governed since they serve the interests of individual actors, rather than the society at large, except for student movements. It must be emphasised that sponsored NGOs (non-governmental organisations) are not social movements or evidence of such.

The auxiliary politics of effective civil disobedience has to become a customarily embodied practice in Nigeria if a change is desired but can only be achieved on the back of significant and focused social movements. Since the Nigerian Labour Congress appears to have been thoroughly co-opted, compromised and corrupted, it is time for other dynamic organisations to emerge that will carry the torch of civil disobedience effectively in Nigeria. They may exist but the people may have not realised the value of their existence or their coordinators may have to work a little harder. The feasibility and practicality of civil disobedience will be left to a later publication.

Some will emphatically argue that civil disobedience in the form of strikes, occupations, boycotts, protests marches, media blitzes, transport blockages etc. do not work in Nigeria. The reality is that such actions have usually been carried out by groups that are too small to have the effect of a proper social movement. Furthermore, the mono-linear efforts of an increasingly undermined Nigerian Labour Congress (internally and externally) had not mustered the capabilities of a social movement, worthy of the title. Nevertheless, the time is now ripe with abundant opportunities for the emergence of new dynamic social movements in Nigeria to save it from those who misgovern her.

Non-violent civil disobedience if successful, very competently prevents the need for violent disobedience. This is a desirable aspect of social movements; peace-in-action. Look at recent events. Since President Muhammadu Buhari decided to enforce a strong hand against already aggrieved groups [in defying the wisdom of democracy is government by discussion] it has resulted in violent civil disobedience in many parts of Nigeria.

Niger Delta Avengers (NDA) decided to blow up oil-exporting infrastructure in the Niger Delta to get their message to Buhari since he vowed he would not “discuss” (but deal ruthlessly) with them unlike his predecessor, President Yar’Adua had done to secure peace. Negotiations were later sorted between the NDA and the Buhari administration, the government yielded. Boko Haram made itself clear that the Buhari government cannot be brutal with them then expect the abducted girls of Bring Back Our Girls notoriety or fame cannot be released for free. A ransom had to be paid to release some of the girls and over a hundred more new girls were again very recently. More ransoms to be paid.

Non-violent civil disobedience forces or encourages discussion and negotiation between the government and the agitators representing social movements if sufficient pressure is mounted constantly and consistently. However, if a government is inflexible enough or so insensitive as to allow the precipitation of violent civil disobedience, it has lost. The government is then forced into heavy military action or to undertake the negotiation it first avoided in the aftermath. As the NDA and Boko Haram cases demonstrate, it is very costly to the state to use arms to suppress disobedience.

Social movements may be the only hope Nigeria has to thoroughly salvage its democracy. Do you beg to differ?

Victoria Station has always been an underrated masterpiece of London. Imagine London without it; I won’t. The sun was glaring outside the station that morning, but not giving London any sensible warmth. The warmth was to come later, possibly with love. Albanny Korrow, like most other males on the train platform, was wearing bi-thermal attire, which could be practical in both mild summer and mild winter weather. Albanny Korrow, a dark-skinned man, was wearing his most predictable outfit; suede wallabies; brown corduroy trousers, shirt, and jacket, but of different shades of each other. Even his satchel-bag and suitcase were brown. As he was about to embark on the train at Victoria station, one of the many ladies around had in an instant bewitched him without his seeing her face. END_OF_DOCUMENT_TOKEN_TO_BE_REPLACED

Nigeria has had many deadlines foist upon its public through its chiefs governmental agencies as a show of commitment or as a precursor to a privatisation. Deadlines have been set by successive presidents as a test point for the management and performance, mostly in the electric power and the oil and gas sectors. However, there is a now a radically new deadline set by the president; the terrorist group that has continuously humiliated the Nigerian state for years, Boko Haram, will be completely annihilated by the Nigerian armed forces in December 2015. This is an order issued to the Nigerian military chiefs by President Muhammadu Buhari. Again? END_OF_DOCUMENT_TOKEN_TO_BE_REPLACED

Nigeria appears to be definitively on track for major national and state anti-corruption initiatives; where the track will lead to nobody knows. The time and climate for disinterested and rigorous anti-corruption activity in all areas of the country appears to be very ripe. Furthermore, it is certain that most Nigerians especially those outside of the top 1% are enthusiastic about the anti-corruption climate designed and (to be) enforced by the administration of President Muhammadu Buhari. However, there is a serious “blind side” to it all. END_OF_DOCUMENT_TOKEN_TO_BE_REPLACED

END_OF_DOCUMENT_TOKEN_TO_BE_REPLACED Many talking points in Nigeria and diaspora are increasingly focused on the undeniable necessity for a ‘proper revolution’ to happen and soon as a singular means to decisively sort out the poly-faceted corruption and misgovernance entrenched in and withering away the country beyond recognition. Talk of revolution is good for expressing various dimensions of despair. Notwithstanding, the realities of revolution are not represented in the everyday chatter of it and appear to be tacitly hiding in many brains. A thoroughgoing political revolution has a very high cost that involves mass coordination, mass murder, mass destruction and mass deception [propaganda]; are Nigerians ready for that? How possible is it? END_OF_DOCUMENT_TOKEN_TO_BE_REPLACED