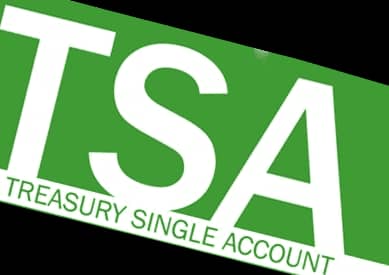 Is the TSA a Panacea to Corruption?

Ngozi Okonjo-Iweala, a diehard neoliberal, adopted the Treasury Single Account (TSA). This was when she was Minister of Finance under the presidency of Goodluck Jonathan. The TSA is a monetary tool introduced to reduce the cost of borrowing in a debt-stricken neoliberal world. And ensure idle or unused monies by government agencies do not sit in accounts.

Introducing the TSA into the Nigerian system of economic management has nothing to do with the intelligence or sensibilities of either Goodluck Jonathan or President Muhammadu Buhari. It is a “compulsory” International Monetary Fund (IMF) instruction. TSA is a budget management tool. Now, is the TSA an effective anti-corruption tool, though or not?

No government has used the TSA as an anti-corruption tool. Perhaps, except in Nigeria and maybe some weak Third World nations. They have adopted the TSA all around the world in from developing nations to advanced ones. And there are quantifiable outcomes from their implementation. If there are any anti-corruption benefits from the TSA for Nigeria, they are twofold.

First, they have the potential to eliminate delays in payments and transactions. With proper application, the days when certain top officials could keep the salaries of workers or monies owed to contractors in separate accounts may be over. The bid to “help” the cash flow of a ‘patronage bank’ (i.e. one owned by a political godfather or party chieftain). Or “cream off” the interest accrued for doing so should be over. Second, the TSA will be useful in reducing the duplication of payments or overpayment. Fraudulent payments for projects and expenditure by or on behalf of the Government of Nigeria (GON).

The savings from such can be enormous and the monolithic influence of patronage banks over the nation’s finances will diminish, at least in the short run. The question, though, is, what will be done with such savings?

On the contrary, the TSA has some weaknesses. TSA is not the effective anti-corruption tool as public relations in the Nigerian media tells us it is. As mentioned before, the TSA is useful for reducing the cost of government borrowing. It does so by reducing incidences of idle money in the banking system. How the government spends its expenditure, the real arena of corruption, will depend on the robustness of other organisations and institutions that have nothing to do with TSA. Let us look at the recent ministerial appointments and past excesses of the GON. It will not matter if officials steal money despite the TSA. The usual impunity will not fade by the look of things.

The TSA has the potential to increase the incidences of capital flight. Capital is by far the biggest mechanism of corruption in Nigeria. This is because idle government money cannot remain within the banking system. In the UK, local authorities they found the police and other public agencies to have “saved” millions of pounds in idle cash in Iceland. It only came to light when Iceland’s economy collapsed and revelations of losses to savers became headline news. The reason was the UK’s TSA mechanism would not allow those public agencies to hold cash idle cash in banks in the UK. They have implicated other OECD nations in such practices. The GON recently fined banks in Nigeria for holding idle cash on behalf of state agencies and not reporting it. Where will they bank such money next time?

Nonetheless, there is also the potential for the TSA to create narrow, monolithic corruption by a few at the centre of the GON. This is because it will increase the tendency for micromanagement at the very highest echelons of power. Think about. Some implications of micromanagement are that if money is to be used corruptly, a few men and women will have access to enormous funds. And with a lot of discretion in conjunction. Furthermore, it also undermines effective good governance in areas away from the centre. Such will create a net upward flow of cash rather than the usual downward flow necessary for good governance.

We have all witnessed and given assurances of reform by the GON since the 1960s. The sale of government reform continues to the present day. Introducing new laws. the Foisting of anti-corruption agencies. Establishing of panels, tribunals and commissions. The computerisation of financial management, financial intelligence/surveillance. Watertight accounting techniques. Insisting on transparency procedures. Compulsory asset declaration, etc.

These reforms we mention, individual or in clusters, the global institutions market as the best practical solutions to corruption. But corruption is rising in Nigeria and almost everywhere else on the planet. In fact, reform appears to increase the size and scale of corruption,

TSA? Pie in the sky when you die, I’m not waiting.