Slavery, groundnuts, palm oil, cocoa, rubber, timber, tin, columbite, uranium, Gum Arabic etc. all combined as exports could not earn Nigeria the kind of wealth petroleum and gas has earned in a very short time. When Nigeria was an agro-state, most of the agricultural cash crops Nigeria exported were also from the Niger Delta, particularly palm oil – the product that led to the creation of Nigeria (first as a protectorate) by Great Britain. In return, the Niger Delta (its lands and peoples) has become an ecocidal and genocidal hotspot where death, disease, pollution, poverty and state violence flourish at the expense of people.

The government’s approach and concern about the Niger Delta, up to the present day, has been bifurcated: take the oil for its wealth, ignore the land and the people [God himself will take care of them]. It is now evident that under this current government of Buhari, like all others since General Yakubu Gowon, the Niger Delta has been used as a mere “sacrifice zone” to keep the economy going if not booming. Sacrifice zones are simply areas where unrestricted and unsustainable exploitation of resources occurs while the residents get little or nothing in return and live in heinous misery. The Niger Delta has not seen Buhari’s “Change”, it has witnessed a worsening of the Abacha’s “Brutocracy” in 2015. The suffering in the Niger Delta has increased over the last year stealthily.

Despite the futile circus of Buhari’s administration and its directionlessness, the Niger Delta remains a region very rich in oil and gas. It remains Nigeria’s cash-cow, and many are ‘praying fervently’ for oil prices to sky-rocket yet again in the nearest possible time. That will mean more genocide and ecocide in the Niger Delta, and it will become even more of a sacrifice zone. Alas!

Wealthy countries that have developed robust, diversified economies are the ones that have mastered the art of investment and protection. The only investments in the economy the Nigerian government path-dependently engages in are best classified as “unrestricted exploitation” in the fashion of the “tragedy of commons,” i.e. exploiting resources into extinction without creating viable options. Environmental philistinism is in ascendance in the nation despite significant claims to education.

However, since the government is hopelessly stuck with helpless dependence on oil and gas for its survival, it should start to seriously consider taking good care of Niger Delta by diligently fulfilling its “clean up” promises and ensure the elimination of spillages in the future. Nigeria could not cope well with the Ozighi of the first wave of the Niger Delta Crisis that ended with an amnesty to militants that had nothing to lose. Neither is it coping well with the monumentally insidious Boko Haram insurgency. If the ignorance or inaction of the government necessitates the “testing of bone” all over again in the Niger Delta do we expect the National Security Adviser under Buhari to share the money voted to quell the crisis just like his predecessor did. Waste.

You cannot repress and exploit a given people unrestrictedly forever, and a time will come when the reverse will occur.

The Treasury Single Account (TSA) was adopted by Ngozi Okonjo-Iweala, a diehard neoliberal, while she was Minister of Finance under the presidency of Goodluck Jonathan. The TSA a monetary tool introduced to reduce the cost of borrowing in a debt-stricken neoliberal world and ensure idle or unused monies by government agencies do not sit in accounts. The introduction of the TSA into the Nigerian system of economic management has nothing to do with the intelligence or sensibilities of either Goodluck Jonathan or President Muhammadu Buhari; it is a “compulsory” International Monetary Fund (IMF) instruction. Is the TSA an effective anti-corruption tool though or not? END_OF_DOCUMENT_TOKEN_TO_BE_REPLACED

The bickering between Nobel Laureate Wole Soyinka and ex-President Gen Olusegun Obasanjo (Rtd) continues. Sometimes simmering sometimes crackling it will never stop. There is no love lost between the two men. Obasanjo is the hedgehog and Soyinka is the fox if one uses Isaiah Berlin’s understanding of great characters. However, the bickering in question is over the contents of the memoir “My Watch” by Obasanjo which has seen Soyinka caught out with a hat trick; Obasanjo 3 Soyinka 0!

END_OF_DOCUMENT_TOKEN_TO_BE_REPLACED 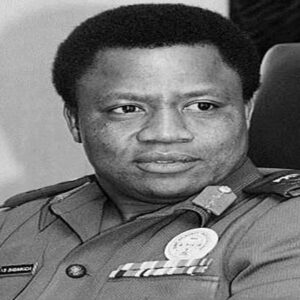 Young, obscure student leaders initially led the best chance of a revolution Nigeria had at the University of Benin campus in May 1989. These young leaders staged a protest that became famously known as the “Anti-SAP Riots”. This protest-turned-riot, spilt into Benin-City and rapidly to other cities in Nigeria including Lagos, Port Harcourt and Ibadan. The masses were firmly behind the student protesters. The people bought the persuasive message of the obscene leadership corruption and thoroughgoing military repression. However, it was the rejection of neoliberalism that was mercilessly impoverishing the majority of Nigerians that spurred the citizenry. The people and the student protest were one people with a united aim. The guns of the repressive military regime no longer frightened the masses; they had nothing left to lose.

END_OF_DOCUMENT_TOKEN_TO_BE_REPLACED

Anti-corruption is not a simple task to handle and it is not always straightforward. There are practical exhaustive steps to fighting corruption if properly executed (even with mistakes) that could certainly lead to massive reductions in the incidence and scale of the phenomenon. Currently, there is nothing of substance either straightforward, indirect or practical about the mission of anti-corruption in Nigeria that swept the current government of President Muhammadu Buhari into power. Corruption has at best become a “spiritual exercise” in the sense that the President and his Anti-Corruption Czar are behaving more like minor biblical prophets sent to warn their people than kings and administrators who ruled people with effective direct instructions. It’s time to pray. END_OF_DOCUMENT_TOKEN_TO_BE_REPLACED

To say that the Government of Nigeria (GON) handles issues of the military of nature with either weak short-term “quick fixes” or opportunities for “melees” is not mere criticism. It is a record of innumerable failures and blunders that should not have happened in the first place. Bombing oil bunkering assets in the Niger Delta is the latest short-term military quick fix adopted to deal with oil bunkering. What are the potential likely consequences of the GON continuing to bomb in the Niger Delta in the name of eradicating oil bunkering? END_OF_DOCUMENT_TOKEN_TO_BE_REPLACED