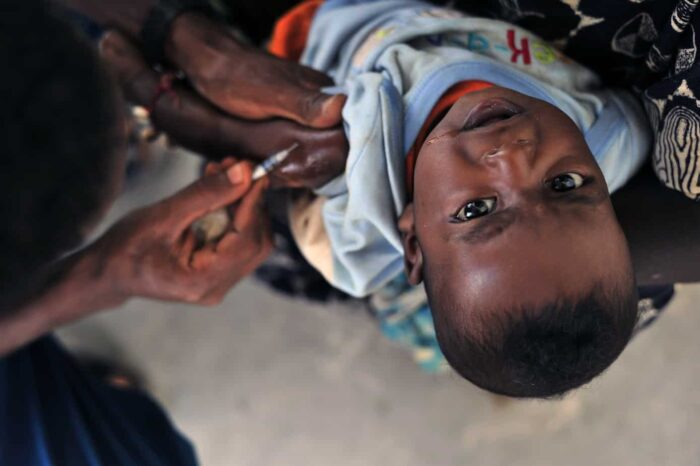 From Myth to A Cure: Vaccinations

Can a universal cure come out of olden African culture, especially one that originates from mythology? “Nothing good or great comes out of Africa” is a settled statement of the many. Testing the truth of that statement can be either very difficult or very easy, depending on a person’s education and exposure.

In her recent classic book, Caste: The Origins of Our Discontents, written very much in the tradition of Baldwin, the author Isabel Wilkinson narrates a surprising story about the origins of vaccinations on pages 231-233. In 1721 Boston, Massachusetts, USA, was afflicted by an epidemic of smallpox and there was no cure. Plagues are notorious like pandemics for their high death tolls in conjunction with the social destruction, misery, and pain they leave along their paths. Smallpox is a nasty disease rapidly spread by simple contact and is very disfiguring for survivors.

The solution to the plague ravaging Boston came from an unlikely source; an African slave, named Onesimus. It was an effective one too. Onesimus informed his owner, Reverend Cotton Mather, that in his home of origin, in coastal West Africa, people could be successfully immunised against smallpox. It involved taking a drop of fluid from an infected patient then rubbing it into a small surface incision (Gbere) on a healthy person.

Onesimus could not provide a scientific explanation for the treatment he prescribed. Bostonians would not tolerate a cure from a savage from Africa, and physicians claimed it would spread rather than stop the plague. One doctor, who took the risk of using Onesimus’ prescription did prove its incredible effectiveness, and the initially dismissive people of Boston submitted to receiving the vaccination. Edward Jenner could provide a scientific explanation after the fact in which the introduction of the infected fluid into the body of a healthy person enables it to build antibodies that would help it attain immunity when otherwise exposed to the disease. Today, Jenner is the Father of the Vaccination. The solution to COVID-19 is a vaccine after all.

Aid-to-Africa proponents herald the complete eradication of smallpox as their showpiece achievement. What is unsaid is that the solution to smallpox came from within Africa, not by way of aid. Yet, due to immunology people live longer and improved life expectancy is another feat of the aid-to-Africa sharkies. As George Ayittey untiringly advocates, “The solution to Africa’s problems lies solely in Africa.”

No one remembers the mythology that effectively created that emergence of vaccinations. The Yoruba nation and other coastal West African societies for centuries, before their “discovery” by Arabs and Europeans, had been managing diseases like smallpox competently. Africans must have been very healthy and strong to be carted off in their tens of millions “to work” in the New World. Furthermore, African peoples had no access to pharmaceuticals like antibiotics, insulin, beta-blockers, antihypertensives, antihistamines, and narcotics.  What kept them healthy in the tropics?

Now the God of Small Pox and Illnesses (in general) in Yoruba cosmology is Sopona or Shokpona. When angered, Sopona afflicts families and communities with smallpox. Remember it is mythology. However, the Gods worshipped in most coastal West African communities, and nations exist as dualities; positive and negative manifestations. Ninety-nine per cent of the time, living human beings, only encounter one part of a given God’s duality; – it is a human limitation. Sopona is known to afflict offenders with diseases, Oshun is known to bestow love on adherents etc. On the contrary, Sopona can withdraw afflictions, and Oshun can also deny love etc. Other Gods are given credit for such reversals, often falsely.

If we return to the origin of vaccinations, Sopona’s fairer side secretly informs a select group of Babalawos (Native Doctors) how to treat and prevent the spread of smallpox affliction. The message was “He Who Has The Disease Before It Infects Him [By Sopona’s Vengeance] Shall Not Be Infected.” The Babalawos after serious contemplation would come up with what was then a crude, but highly effective vaccination. No highly funded research laboratory staffed by elite scientists was necessary. Laboratories are indispensable to present-day living though.

The whole of the Enlightenment and modern science began with the dream the French philosopher Rene Descartes had in which an angel told him the world will be conquered by numbers and measurements. The discovery of the structure of aromatic or cyclic hydrocarbons by the German chemist, F. August Kekule was gifted to him after having recurrent dreams about a snake biting its tail. The psychologist Carl Jung, physicists Niels Bohr and Wolfgang Pauli, writers Philip K. Dick and Hermann Hesse, musicians Bob Dylan and John Cage, and mathematician Gottfried Wilhelm von Leibniz – are all notorious for using the Chinese oracle to produce great works. We do not know those great persons who chose to keep their use of I Ching a secret.

Is it true that Archimedes, Isaac Newton, and Albert Einstein were accomplished occultists? Nonsense or not? The scientists Kary Mullis and Francis Crick are proud of their use of LSD while conducting their research for the enabling altered states of mind it induced. Silicon Valley overachievers also share in the notoriety for their creative use of LSD. LSD “microdosing” is a popular Silicon Valley inspired trend. And meditation?

Now, look at the flip-side of the notoriety in question. The Ifa oracle is unquestionably far more complex and advanced than the I Ching. Who said Babalawos do not use mind-altering substances like Iboga to go into trances or altered states of mind that take them closer to any truth they seek? Superstition! Can it be anything else? A clash of cultures is not even considered. Is there any evidence that the dreams experienced by Europeans are more culturally or technologically sophisticated than those experienced by people from other parts of the planet? Is it fair to say we have created an unconscious dichotomy of mythologies and spiritualities; one is mere superstition while the other is science-enhancing?

As the COVID-19 vaccine is rolled out to save the planet, Onesimus and the Sopona are forgotten. The West is not to blame though for the perception of Africa that has been tattooed onto the universal human consciousness. The leadership of post-colonial Africa and its supporters are. Another debate for another time.

Africans should know their “development” lie in systems of numbers and measurements. Ifa, derivatives and analogies do just that. We can be sure Rene Descartes would not disagree.

1 thought on “From A Myth to A Cure: Vaccinations”