There are many able Nigerian analysts, commentators, pundits, academics and journalists who have earned a say in the Nigerian political arena; most are insincere, some swing and a few are truthful i.e. in their evaluations of state of political realities and performances of governments and their principals. All performances do have a benchmark for its measurement to be valid. It is then amazing to many how a president could score 50% on education or 60% on health or 50% on the economy without a consistent robust and accessible benchmark or any sensible work done. Spontaneously made up or believed in performance ratings are delusional but facts and figures are hard to find, by routine governance choice. A rule of thumb benchmark that accurately determines the ethos, vision and energy expended by a African government or leader on domestic governance is  sufficiently expressed not by a great book, great paper or great teaching but by a terse insightful unequivocal musing of George Ayittey in The Strange Case of Xenophilia that is very easily supported by metrics. END_OF_DOCUMENT_TOKEN_TO_BE_REPLACED 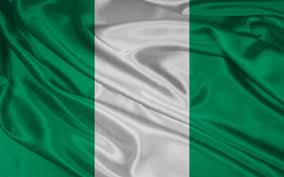 The complete metamorphosis of the butterfly is a thoroughly adequate analogy for civilisation: the gradual progression from egg to slug to pupa to imago [the beautiful butterfly]. In the Nigerian context, it starts with the colonised state to inexperienced independent nation-state to transitional nation-state to strong state. The furthest stage Nigeria ever go to was the ugly butterfly that never blossomed. However, after the initial euphoria of the return to democracy it is now evident that Nigerian politicians and clergy are busy reversing the progress of the nation back into the stage of a slug as a consequence of their thefts and misrule; it suits them well. But does it suit the everyday citizens?

END_OF_DOCUMENT_TOKEN_TO_BE_REPLACED

“There is no good name for a terrible disease” – Urhobo proverb

Coconut Head Corruption (CHC) is a term derived from the vocabulary of George Ayittey, a distinguished U.S. based Ghanaian economist, and is used to describe the observed hollow-headedness and thoughtlessness exhibited by corrupt African leaders and their clients who have engaged in corruption since the beginning of the post-colonial era. Ayittey consistently and emphatically in his works and on social media uses words like “Coconut Leader”, “Coconut combat” or “Coconut solutions” to address misgovernance and bad leadership in African. Coconut-prefixed words as Ayittey uses them is just one aspect of the sincere, blunt and uncompromising vehemence with which he is opposed to corruption and deliberate under-development in Africa. Solving Africa’s problems is not a ‘popularity contest’, it is about consistent successful approaches and outcomes; political correctness has not done anything for Africa (Ayittey 1992). END_OF_DOCUMENT_TOKEN_TO_BE_REPLACED

When the administration of President Muhammadu Buhari announced an increase in fuel price, from N87 to N145 litre of petrol, the Nigerian Labour Congress (NLC) president, Comrade Ayuba Wabba, did exactly what Comrade Adams Oshiomhole would have unfailingly done in the same position: call for a “people’s strike / protest” as means of curtailing “excessive profiteering” favoured by capitalists and free marketeers in the country and make life fairer for the common man. Interestingly, Oshiomhole as NLC president had vehemently and publicly rejected the notions of (a) striking workers shall not be paid work-related incomes and (b) courts do not have a right to enforce judgments that can criminalise a strike / protest action. END_OF_DOCUMENT_TOKEN_TO_BE_REPLACED