Though dressed like a toff, with an elegant black suit, shiny shoes, a gold-red cravat, and sporting a clean haircut, he could not afford transport fares. His masked intention of attending the party was pridictably ‘financial edification.’ Some define it as seeking loans he would never pay back and cash gifts. Tomos as he was, had mastered the art of person-to-person persuasion of a mercenary kind. But he was no street hustler. He associated with professional and intellectual types who were too embarrassed to rebuff him. Kpeuna, the party’s host, was a generous and sometimes extravagant guy. It was going to be a grand night for him.

Professionally, Tomos was an architect, but had no built or refurbished structure to his name. That did not deter him from taking excessive pride in his profession. He wore it like an unremovable hat. Somehow, it was tough for him to become organised despite his command of English and circle of influential contacts. His mind was far too nefarious and preoccupied with malevolent schemes to hold a job in a professional setting or keep his own practice together. Enduring cooperation, collaboration and team skills were things he was probably incapable of. He was more excellent in the art of guerrilla disruption, destruction, sabotage, mischief, and wickedness. Wrecking a good job or destroying decent people was his genius.

At that point of the journey coming in from Camberwell, he took a short-cut through the deserted Burgess Park, which would shrink his journey considerably from then on to his destination on East Street. Tomos turned into the park and met with surprise and slight fear when out of the dark someone called his name, “Tomos!”. He could not see who had identified him so precisely. It was late on a July night. The park was well lit along the main perimeter paths and the surrounding streets. The person who called his name was Balo, a person he knew very well.

Balo and Tomos had for years alternated between being friends and feisty adversaries, Tomos being the aggressor. Tomos had no qualms with hurting a decent and reliable friend to attain even tiny gains or advantages. He had offended Balo several times, only to call for peace and be forgiven. If he could persuade you, you became his sucker. For his latest offence, setting Balo up to take a fall at his gentlemen’s club, Balo decided never to forgive him again. He had done so enough times and realised Tomos relished hurting people, then wooing them back with sweet talk. Schadenfreude was the petite man’s favourite hobby.

Treachery, destructiveness, slander, spying, absence of morality, deceit, and a false projection of friendliness and a hunger for power at all costs were in Tomos’ the DNA. Yet he could sweet and good company when he so chose.

Balo stood at 6 foot 4 inches and weighed around 18 stone; he too was in his 40s. A cardiac physiologist, he did everything he could to keep fit/healthy and had done several marathons besides yoga and martial arts. Balo, a decent and reliable gentleman was optimistic about human nature to a fault, often ignoring negative realities as exceptions. He was thus amenable to the schemes and manipulations of Tomos in former times, but no more.

In their current meeting, standing face to face, the pleasantries they exchanged meant nothing. Tomos was aware he recently sprung a cunning trap on Balo, but it failed to catch a more cautious man. Each time Tomos could not hurt someone, he simply kept trying. Balo knew this.

Balo started a conversation which was needless.

“Are you going to Kpeuna’s party?” Balo asked.

The two men walked together for three minutes in virtual silence, then without warning, Balo burned Tomos’ cheek with charring slap then seized his collar and dragged him to a part of the park with trees and good lighting. Balo began beating up Tomos, eventually pinning him to a tree with his right arm, the petite man’s feet at least a foot above the ground. A left-handed man, Balo used it to punch the torso and groin of Tomos. The time had come for the taller man to release the viciousness of long pent-up anger against the scoundrel. Balo delivered no facial punches, the core and groing were sufficient targets. No man spoke nor yelled a word during this sudden sustained and energetic but one-sided violence. The bruising and hurt absorbed by Tomos’ torso formed an unmistakable glare of pain on his face; it glazed his eyes over like a snake ready to bite.

Balo soon sated his urge for revenge, grinning, and let go of Tomos. Making with many lateral feints and side-steps, moving forward was a struggle. The punched man ran, but he was moving in a manner only Disney movies could produce. Tomos was running with sense!  His own habitual and hellish craftiness had made the petite man’s escape impossible. All those years of deceitfulness and evil cunning now worked against him. He could do nothing straightforward. Even secure his safety without a well-rehearsed or improvised roundabout plan. Running from danger is a good thing but he is incapable of ‘doing good’. Tomos had no spontaneity left in him. His extreme instincts to cause harm to others dulled the wits he required for his survival outside group support.

Further angered by Tomos’ comical attempt to escape to safety, Balo chased after and caught him with ease. However, this time Tomos suddenly produced an ice pick and stabbed for Balo’s left eye but missed. The eyes of Tomos had turned reptilian, tinted red; he had whipped up a murderous rage but lacked the size and strength to execute it. Moreover, his secret weapon failed him. The underhand surprise with the ice-pick further infuriated Balo. He raised Tomos full stretch high above his head, then slammed him to the ground with life-shaking brutality. Balo exacted a second body slam with an even more devastating impact on Tomos’ body. The earth rejected Tomos’ body twice, though. As Balo was picked Tomos up for the third body slam, Tomos pleaded.

“Do you really want to kill me? I have offended severally, but I beg you with God and my children, please spare my life.” Tomos said.

Balo saw two things that flooded his conscience with temperance. First. he could see in Tomos’ eyes he knew he was going to die. Tomos was truly sorry. Second, it was the only time he witnessed Tomos being honest. You would expect Tomos to be defiant even under the pain of death. Well, nature often makes evil opportunists with overgrown egos of much lighter stuff.

Balo, a considerate man, conferred mercy on Tomos one last time. He was no blood-shedder. He had gotten his triumph of revenge, at least. Balo was smiling and Tomos almost in tears when they parted ways, Tomos wept with excessive lability when he was sure Balo could no longer see him. Beaten and embarrassed, it was a thoroughly unfortunate night for Tomos. It began to drizzle with the likelihood of getting heavier and a two-hour walk back home would suck.

Tomos did not go to the party while Balo grooved it well. He had to give up much needed nutrition, refreshments and the intended ‘resources edification.’ The experience was akin to outsmarting a cunning operator in his own familiar territory and sending him on exile.

Weeks later, Tomos was to learn from several sources how Balo got to beat him up. Balo had already been at Kpeuna’s party earlier. He had overheard a comrade discussing a WhatsApp message he received from Tomos in jest, and got the information to enable him lay ambush for Tomos. Balo took pride in telling fellow members of their gentleman’s club what he did to Tomos. He was careful to emphasise his eventual mercy and forgiveness he conferred on the rascal. Tomos had skipped the party to avoid such information spreading. From then on, he knew many other gentlemen would attempt to even their scores with him using violence. The shock punishment forced Tomos to ponder his personal circumstances more than ever. Increasing his alcohol intake was his most ready remedy. Or a visit to the doctor. But at that moment an unending stream of tears and cigarette made things a little lighter for him.

The wicked often endure violence only because it translates their deeds into a reaction of reckoning. Lick pepper!

Be Good, Not Lucky 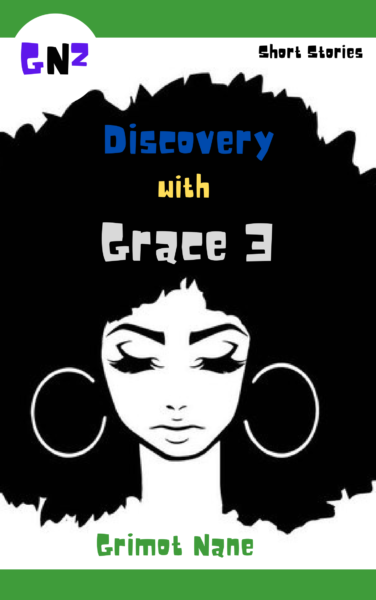