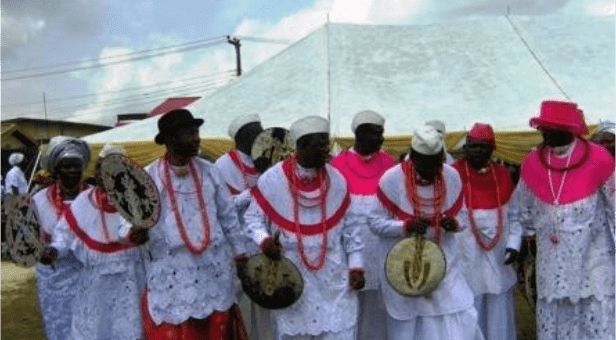 At the moment the Urhobo nation is both essentially saviourless and leaderless, forget the ethnic bosses. Chiefs Mukoro Mowoe, Michael Ibru, David Ejoor, Great Ogboru, and James Ibori have all been arguably seen as saviours of the Urhobo nation. However, only the legacies of Mowoe and Ibru remain as genuine saviours unperturbed and Mowoe the singular unobstructed unifying leader of Western, Central and Eastern [Isoko] Urhobo. This is shocking considering that Mowoe, the foremost Urhobo nationalist and first president-general of the Urhobo Progress Union (UPU), died 70 years ago. This no disrespect to (Urhobo Progress Union) UPU and its host of influential leaders. The Urhobo people have produced many illustrious sons and daughters in many endeavours of life, some even rivalling in achievement the five named saviours. One may wonder what it is that distinguishes these five men as saviours to Urhobos but not necessarily leaders?

Selfishness (amoral familism) and wholesale uncooperativeness among a people require saviours to help them out. Where the commitment to the common good (especially institutions of governance) is properly established among the majority by leaders, such a people produce even more strong leaders consistently. A constant supply of good leaders is an invaluable asset to any nation. From this perspective, the Urhobo nation is in bad shape. Saviours make provisions directly available to people to alleviate existing problems while leaders show the people the way of the problems troubling them. The person who gives you fish when you are hungry is a saviour, the person who shows how to fish as a trade is a leader.

When we examine the identity and fortunes of the Urhobo people from the inside out, which has never been quite impressive on the national scene, there is a hidden but pervasive desire for the emergence of a saviour to provide a grand unity among them. Why is it so? The search for a saviour is a sign of utter helplessness, thoroughly distributed within the Urhobo nation. The Urhobos have the land, demography, personnel, capital, historical heritage and opportunities to produce strong reliable leaders who can lead their people to a given promise lands.

The big problem that defeats all attempts to foster and maintain Urhobo unity, is the Urhobos do not sincerely believe in it or have learned not to do so; they know who they are. It is easy to sing Urhobo unity when selling your songs. or when campaigning for elected office in political or civil arenas, when looking for a favour or even when persuading a future spouse. Nothing else. Thus Urhobo unity is only useful when it is expedient for the individual(s) concerned. As some will say Urhobo unity when uttered does not go into the body beyond the teeth – it is so easy to spit out.

The provision of money and jobs seems the only thing that can supersede the alleged habitual selfish and non-cooperative nature of the majority of Urhobos. Michael Ibru as a major Nigerian business magnate employed thousands of Urhobos from every clan through the Ibru Organisation offering good salaries particularly in Lagos; he also made many Urhobos wealthy. As Ibru shifted his concerns from industrial to services industries his capacity to employ Urhobos declined but he had done enough to permanently cement his legacy a saviour to his people. Ibru was no political or social leader though.

By the 1980s Great Ogboru, a youthful business magnate was taking over the role of saviour from Ibru by employing and empowering, most visibly, young Urhobo graduates again mostly in Lagos. Ogboru’s generosity to Urhobo folk was legendary at the time. It is safe to say if Ogboru was not involved in the military coup against General I B Babangida on April 22nd 1990 [ending his career as a magnate], he might have superseded Ibru as an Urhobo saviour. A case of what-might-have-been.

A return to democracy in 1999 saw James Ibori become Governor of Delta State. Ibori was very different from all previous Urhobos in top government officials, in manner and style. Using public funds and structures of politics, generously provided the Urhobos [and the other ethnic groups in Delta state] jobs, contracts, grants and other opportunities without people having to beg him. Wow! An Urhobo man doing his compatriot a favour without being begged? The charisma it created for Ibori is untold. By the time Ibori was gunning for the Vice-President of Nigeria in 2007, it was a mouth-watering signal to the Urhobo people that “Happy Days Are Yet To Come”. It was not to be. If Ibori did not go to jail for corrupt practices he would have perhaps stood as the only unobstructed Urhobo unifying leader since Mowoe. Another case of what-might-have-been.

As things stand both Ogboru and Ibori are fighting “rehabilitation battles” despite their pasts with the intent of being unifying leaders which the Urhobo broadly support though the opposition to both of them is substantial due to credibility issues. Who are the alternatives or proven alternatives? None so far and the Urhobos have been cheated too many times by appearances and rhetoric to trust an untried hand in good faith.

While other ethnic groups in Nigeria have found strong leadership from professors, clergymen, lawyers, ex-corporate executives, ex-top civil servants and politicians, only very generous business magnates and politicians can do so for the Urhobo nation. This creates a cyclic problem. The typical high-flying Urhobo Big Man or Woman tends to be selfish and unwilling to help his or her people, perhaps for a good reason: no Urhobo person helped them on their way up and where they did the helpers turn it into an unbearable burden of gratitude to the person he or she helped. As such Urhobos in high places doubting the commitment of their people to the common good and support of their own positions have no incentive to build or foster enabling structures of governance for their people [leadership avoidance]. The people then have to wait for a saviour to emerge. The cycle is endless.

How are the cycles of saviour seeking and leadership avoidance going to be effectively broken? It is a question worth answering. Perhaps in Part Two.

While most Nigerians are adept at hiding and ignoring their nation’s hunger and poverty, the past year has not permitted the continuation of that habit without presenting massive allowances for exposure. The current consensus is, “there is untold hunger in Nigeria” and it is hounding over 120 million citizens (who used to live on less than $1.25 a day but it is more like less than $0.50 today) as if with a sheer punitive vengeance. Starvation is becoming commonplace yet death by starvation in the land would be unthinkable to most Nigerians. Think again. The aspect of hunger most are unlikely to handle is, who is to blame? END_OF_DOCUMENT_TOKEN_TO_BE_REPLACED

Whether Nigerian intellectuals like it or not, Europe and its extensions were built with the ideas of intellectuals. I cannot imagine a Europe without its prodigious history of great intellectuals in all spheres of learning. The intention here is not comparison but waste. It would appear that in recent times of democracy post-1999 Nigerian intellectuals are increasingly a waste of space because they are not needed. The only intellectual pursuit of note is transient (political and doctrinal economic) consultancy/advice for profit. Is that all they have got though? END_OF_DOCUMENT_TOKEN_TO_BE_REPLACED

Ouch! The Nigerian Legislative Houses will through a least beneficial and developmentally obtuse act of legislation, the “Act to Prohibit Frivolous Petitions and Other Related Matters” bill, sponsored by Senator Bala Ibn Na’Allah who decided that commentators on Nigerian politics and society will face a seven jail sentence or $25,000 / $10,000 fine for “abusive messages”. Nigeria’s military days may be here again but by democratic decree. The self-interest of those in power seeks to become unrestricted regardless of the constitution. Well, the people and their expressions do not count. END_OF_DOCUMENT_TOKEN_TO_BE_REPLACED

President Muhammadu Buhari won many die-hard supporters purely because he refused to play the game of “begging bowl politics” at a time when Africa’s innumerable dictators were queuing up to take IMF / World Bank loans as global neoliberalism aggressively dictated. If Buhari had accepted the aggressively marketed neoliberal-induced loans, General Ibrahim Babangida might have never become president and Nigeria’s recent history different. Conversely, if Buhari had remained in office enduringly then with the “no loan” stance, Nigeria might be up there today with Botswana, a nation that rejected IMF / World Bank loans. However, Buhari, now a democratically elected president is actively courting loans from economic powers, the most recent being China. What happened? Egnahc? END_OF_DOCUMENT_TOKEN_TO_BE_REPLACED

In this article, the context of the Government of Nigeria (GON) and its agencies killing a truth-seeking environmentalist is (a) physical as in murder, execution, assassination or driving one to suicide. Or (b) psychological as in breaking one’s spirit, discrediting one’s name, ruining one’s career; being a victim of government-sponsored attack dogs. Ken Saro-Wiwa a major Nigerian environmentalist suffered such a fate. It would not be paranoia or scaremongering to be concerned that the GON is after yet another environmentalist, Rev Nnimmo Bassey. The question is to what extent, considering the beginnings of similar trends and actions in the past. “Discredit him then kill him” is an old tactic. It should be taken seriously. END_OF_DOCUMENT_TOKEN_TO_BE_REPLACED

The word and context of “empowerment” has come to take on in interestingly corrupt or perverse meaning of its own in everyday Nigerian parlance. Unlike its real meaning in everyday day society or academia, it has by way of customary euphemism come to mean the “corrupt and preferential distributions of rents (public goods or public funds) through patronage networks to key political supporters and their dependents”. Empowerment by such an understanding has evolved in to a social bad. END_OF_DOCUMENT_TOKEN_TO_BE_REPLACED