Crimes cannot be bombed out of existence as the Government of Nigeria seems to think and practice. When purely criminal or illegal activities are committed and perpetuated in a society during peace times and they have no military or genocidal implications, ‘policing’ is the proper line of action, at least in a democracy. A standing police force is the government agency that is created to deal with such problem by using a wide range of proportional “necessities”. The use of heavy military action such as bombing rendezvouses / equipment instead of appropriate police action is a sign of misgovernance.

Oil Bunkering is big business that rips holes in the pocket of Federal Inland Revenue Service (FIRS); it is a criminal activity. It is often claimed that about 10% of all crude oil produced in Nigeria is lost to oil bunkering. Oil bunkering is the practice of illegally acquiring and exporting crude oil. To tackle bunkering as in the recent case in Rivers State, Nigeria demonstrated bunkering rendezvouses and equipment are now being eradicated by using the military to bomb them out of existence. Such action is criminal and illegal itself. Whatever happened to policing?

Counterfeiting is rife in Nigeria and a big business of its own, mostly in the informal sector; it too is a criminal activity. Money, drinks, medicines, batteries, cosmetics, documents, ID cards, passports, equipment and the like are counterfeited to levels that surpass their production or availability of the legal authorised products in the country. Customs and Excise lose huge revenues in taxes to counterfeiting and people are hoodwinked into buying faked good at premium prices in a punishingly hard economy. We never hear that counterfeiting houses or factories are being bombed out of existence.

Smuggling is also big business in Nigeria which creates another big hole in pocket of the FIRS; again, it is criminal activity. Materials leave the country and goods including contrabands enter the country easily courtesy bribery / extortion and duties are not paid on the goods. Smuggling subverts local production in the economy, hides economic activity and encourages foreign concerns (that often abet the practice) not to invest in Nigeria. The (convoys of) lorries, trailers and trucks used to smuggle goods into Nigeria have known parks and rendezvouses. These locations or vehicles are never bombed out of existence.

Hoarders are just as bad for the society. No bombs for their facilities.

So what is the incentive of the Government of Nigeria to bomb Niger Delta activities out of existence when they cannot even bomb Boko Haram, an existential threat, out of existence? It could be simply crude ethnic oppression in the country which is often well hidden under the mask of “Federal Character” and tokenism it produces. It is easier to bomb the minorities-constituted regions of the Niger delta and the Middle Belt than any other. It could be the very high stakes in the oil sector for both the “good guys and bad guys”. Truth be told, the oil sector never produces good guys just bad guys with conflicting interests.

The “calabash of disaster” including frequent instances corruption, profligacy, election fraud, kidnapping, assassinations, non-payments of salaries, robbery and rape cannot be tackled by government but the Niger Delta is always an arena for histrionic displays “zero tolerance” a.k.a. “extreme necessities”. If the “calabash of disaster” is thoroughly sorted out with zero tolerance, Nigeria will be a great nations but for now it is of ‘nation of chasers of the softest targets’ and the chasers are the biggest thieves the nation can show off.

If bombing thieves, their tools and their facilities out of existence is the solution to Nigeria’s societal problems, the job may be a far lot easier than we all originally thought. 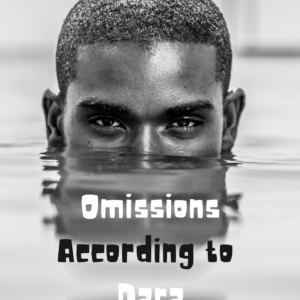 END_OF_DOCUMENT_TOKEN_TO_BE_REPLACED

It has been announced by the Buhari Administration that the heinous cumulative oil pollution in the Niger Delta will be cleaned-up; this is very good news. The clean-up was recommended by the 2011 UNEP report (i.e. four years ago). Why it took so long to get to this stage can be said to be as a result of a confluence of sheer misgovernance, inordinate oil wealth greed, political insensitivity and as you might have known already, it is corruption. So what is the predictable expected scenario of the clean-up in practice? END_OF_DOCUMENT_TOKEN_TO_BE_REPLACED Michal Lyons was a professor of urban studies at London South Bank University (LSBU). Trained as an architect, her major specialisation was urban studies in the developing world, mostly focused on Africa. Microfinance, housing, health, street traders, legal pluralism, post-natural disaster reconstruction etc. were the areas that took her interest. Her body of work demonstrates that she was a serious scholar with high international significance and an enviable reputation. And central to her scholarly work was the plight of the “little guy” i.e. the needy and the dispossessed. END_OF_DOCUMENT_TOKEN_TO_BE_REPLACED

It will be interesting to hear what pundits have to say about the “sexual relationship” between the adult male, Yinusa, and Ese Oruru a 13-year-old girl said to have been abducted by the former since 2012. There is much talk about endemic injustice, an ineffectual police force and legal system, unconcerned politicians and unscrupulous predatory males within the borders of Nigeria. What is not being said is that poverty has reduced females in Nigeria even seriously underaged ones into “purchasable” sex objects either as goods or services. Ese’s case was just a solitary cause celebre case out of millions of abused underaged girls in the country. END_OF_DOCUMENT_TOKEN_TO_BE_REPLACED