Even though President Muhammadu Buhari was riding on a high crest of fame and popularity during the Anticorruption Summit held recently in London, it was evident it would not last for long. Buhari used that momentous platform to assure Nigerians (and the entire world who were keenly watching) that the list of names of Nigeria’s big thieves (past and present) and their stashes will be “revealed” to the nation on the 29th of May 2016. The President did address the nation as promised but was silent on the promised “revelation”. Buhari should be thanked by Nigerians for saving “One Nigeria”.

It is tragic that a government that was so unrelenting to leak the names of persons implicated in “Dasukigate” to the media are suddenly wielding the senseless excuse that the list of Nigeria’s big thieves could not be made public as promised due to “legal reasons”. Wake up time? The situation is now emphatically about good governance in Nigeria, not corruption; the government has relied too much on rhetoric to score a pass mark. However, there is the realistic possibility that Buhari did not make the “revelation” he promised because he does not even have such a proper and thorough list in the first place and it was bluff all along.

Had Buhari actually provided Nigeria with such a “revelation”, (with the standard criteria of comprehensiveness, rigor, accuracy and truthfulness) both his government and the nation would probably be facing imminent collapse by now. In using such criteria, the first casualties will be his cabinet, the upper brass of the All Progressives Congress (APC) and current appointees.

The revelation would have led to the immediate collapse of Buhari’s government.  Buhari would have found it impossible to prove to Nigerians and the rest of the world that his act of appointing of his cabinet was not corrupt, ab initio. The best Buhari would be able to do under such circumstances is to re-select a new cabinet with two consequences; a serious loss of confidence of the public and jugular-slicing retaliations from his own cabinet and party. Many will want to bring Buhari down for disgracing them after “all they have done for him” which is fantastically a lot, financially.

Then the main persons of the People Democratic Party (PDP) governments under the tenures of Presidents Obasanjo, Yar’Adua and Jonathan would be joint gold medal holders for thievery with APC. The retaliation by PDP would be exceedingly vicious and destructive.  It is certain that some will retaliate with verifiable information on Buhari’s own cacamuvence. Military governments would not have been spared. Then in the same proximity of gold medal winning, there will be the industrialists, businessmen, contractors and oil block hoarders who have been criminally enriched with Nigeria’s vast but grossly mismanaged resources. This will create the plausible possibility of a proper “corporate takeover” of Nigeria like has happened in many Western nations and is currently being tested in Brazil under the guise of anti-corruption. Nigeria will no longer be a democracy but an “inverted totalitarian” state.

On another level, most of the Northern elite who are the custodians of the President’s “power base” will disown Buhari steeply and seek a quick replacement either militarily or by way of impeachment. The Northern elite did not support him into power to “humiliate” them and spoil their “good names”. This will also apply in an analogous but different way to the elites of the South-West, South-East and South-South. APC and PDP without much wrangling or negotiation will gang up against Buhari in the legislative houses. It will be a spontaneous consensus; impeachment guaranteed.

The grand problem the revelation would create will be the distinctions in regional variations fostered by the stealing of Nigeria’s resources. Those regions with the least stolen resources would exact long-standing “grievances” with fresh strong justification against regions that have stolen the most. The unfair sharing and stealing of national wealth due to inequalities [regional and ethnic] thus created do lead to much strife and war.

“Militant tendencies” developing and strengthening in Nigeria will have their causes further entrenched by the promised revelations from Buhari. These militant tendencies will make much out of Buhari’s silence about the corruption list but would have made exceedingly great gains if it were published. Think what governor of Ekiti State, Ayo Fayose, would have profited from the revelations even though his own party PDP would be crushed by it. Boko Haram would become more persuasive in gaining support from people who live in unending despair in North Eastern Nigeria. The Niger Delta Avengers would say “I told you” and forget the theft of their own regional political leaders. The Nigerian Labour Congress (NLC) would effortlessly overcome the stumbling block of a “plutocrat socialist”, Comrade Adams Oshiomhole and have overwhelming support from the public for their actions.

In many senses, it would not have been a pleasant situation for Nigeria if the revelations were made. It is certain that Buhari’s “silence” on the list of Nigeria’s big thieves he promised to “reveal” has prevented the destruction of his presidency, national political meltdown and much grievous chaos that could rip the nation apart, decisively if not violently. Nigeria remains a country held together by hyper-corruption funded by oil wealth and not ready in any way whatsoever for proper anti-corruption.

At least we still have “One Nigeria”; Buhari should be thanked. Or should he? Expellers and the expelled from groups or organisations often delude themselves one cannot survive with them. This article seeks to debunk such false illusions. END_OF_DOCUMENT_TOKEN_TO_BE_REPLACED

We cannot reduce malfeasance to party politics or party propaganda alone in Nigeria or any nation on the planet, anonymous and faceless special interests play a bigger role. Military rulers as well as democratic politicians have all contributed abundantly to this disaster called Africa. Democracy is supposed to create far better results. END_OF_DOCUMENT_TOKEN_TO_BE_REPLACED 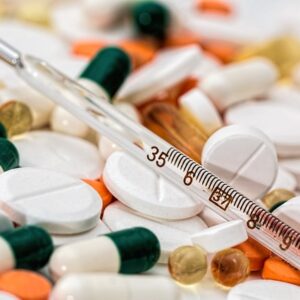 It is certain that “access to drugs” policies have been mostly responsible for either a rise or decline in the demography of drug addicts in Nigeria. A controversial thing the Obasanjo military government did in 1976/77 was to progressively ban many goods [including controlled substances] into Nigeria to curb the wanton and wasteful “Import or Die” phenomenon triggered by the unexpected “Oil Boom” years governed by General Gowon. The first experience of drug culture in Nigeria, though very limited and short, was a creature of the frenzy of Oil Boom importation. Some will argue the ban’s impact on drug use was inadvertent or even non-existent. Nigerians back then did not have to escape reality though; life was good and masses sought conspicuous consumption and luxury. When the ban on imported goods came into effect the drug abuse phenomenon faded like a fad but created smuggling boom in which smugglers found Veblen goods like lace and refined stills far more profitable. END_OF_DOCUMENT_TOKEN_TO_BE_REPLACED

END_OF_DOCUMENT_TOKEN_TO_BE_REPLACED

When the suspensions of the Secretary to the Federal Government, Babachir David Lawal, and the Director-General of the Nigerian Intelligence Agency, Ayodele Oke, by the Presidency were announced yesterday, many enthusiastically hoped it was the beginning of the serious disciplinary approach to dealing with malfeasance and nonfeasance in the Nigerian government. Others may say, too little too late, but it can doubtlessly be built upon. The Big Thieves in government and outside it, will not be sleeping now, but orchestrating watertight schemes that will prevent their heads from rolling. Power is sweet especially when stolen funds pay for it. There lies the dilemma the enables corruption to fight back decisively; the money that hooks in the throat. It is always a mistake to appoint many highly corrupt individuals to government. END_OF_DOCUMENT_TOKEN_TO_BE_REPLACED