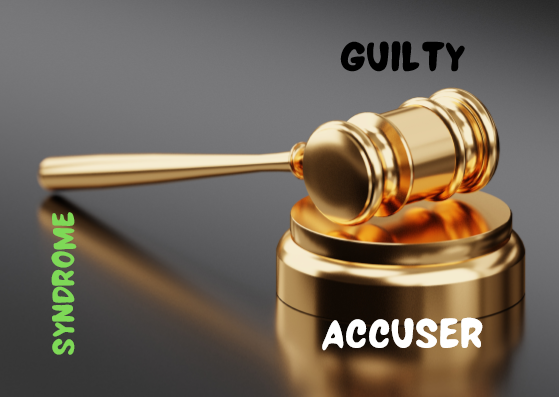 The selectorate responsible for the corrupt selection of political candidates for election (through primaries) and appointment are mainly of two kinds, though with variations depending on the society in question.

There is the “patron selectorate” which is a tiny elite core of families, dynasties, godfathers and patrons with much amassed political leverage that decides which specific candidates will win the party primaries and later the general elections. It would be wrong to assume the patron selectorate is monolithic; competition and in-fighting often exist in their circles in many nations. The patron selectorate will usually have full control over the nation’s electoral commission and electoral colleges. Since the patron selectorate can place people in political office with certainty, only those that will comply with their patron’s narrow interests while in office will be selected; elections and appointments become the stuff forgone conclusions. In very corrupt countries, the patron selectorate ensures that anyone who comes into office will not turn against them [the patrons], their contemporaries in office nor their predecessors. Neither do they want anyone to question or challenge the repertoire and tradition of externalities developed by corrupt officeholders over years or decades that facilitate corrupt practices and the necessary impunity that is provided? Here is where the “guilty accuser tactic” becomes indispensable.

Any candidate who has is known to the patron selectorate to have a spotless record, has unquestionable integrity, is proven incorruptible and of very high moral standing will neither get through the election primaries nor be selected for a political appointment. Exceptions occur if (a) a new face with great potential is identified. Such a fresh political candidate will be somehow be evidentially corrupted often by deception or cooption before he or takes office or immediately after. (b) Clean candidates with international banking impeccable experience (private or public sector) [especially] to improve the investment image of the nation. Those candidates that get into office and seek to defy the wishes of the patron selectorate are either assassinated or humiliated out of office.

Therefore the guilty accuser syndrome is designed and entrenched by the patron selectorate to ensure that most elected or appointed government officials are beforehand guilty of some significant form of corruption. Such an approach acts as a deterrent to them when either out of their scrupulousness or the fundamental responsibility of their office invariably demands they challenge, expose or investigate the corruption or misgovernance of other culpable officials (s). If the chairman of a legislative committee is compelled by his office to investigate the corruption of the President, his or her corruption will be promptly exposed. If the chairman of the electoral commission recalls the election of a corrupt legislator, read the newspapers the next day. Under these conditions, the only time an elected politician can be impeached or appointed official sacked is when the patron selectorate or individual patron decides so.

In mature liberal democracies and similar the funder selectorate, those groups and individuals have enough money to buy the influence an office confers on an elected or appointed official; “influence peddling”. It is common knowledge that presidents, parliamentarians, deputies, senators, representatives and others need generous and increasing funds provided by a small fraction of the general population to get elected or re-elected into office in ways that end up seriously compromising or co-opting them to act in ways that deviate from the expected norms. The provisions by funders for the political campaigns of candidates can vary from several thousand to several million-pound sterlings or US dollars. The fundraising process reduces the elected politicians in some sense to a “commodity” for sale or rent. Such is an undeniable legacy of the neoliberal political economy that commodifies everything; it has made this form of fundraising selection of political candidates particularly possible.

Selectorates are inimical to democracy even in mature liberal democracies because they undermine the proposed sanctity of democratic practice; one person, one vote. When a few out of the many voters determine who the few representative elected officials will be in the primaries and the elections, we have an inverted minarchy [big government determined by small numbers of selectors] mimicking a democracy [government determined by the majority of voters]. It is no surprise that the apathy towards voting in mature democracies is endemic.

The optimism associated with influence-peddling style selection whether theoretical or realistic is that it can be checked and corrected by way of political funding reforms if the elite political sanctions the possibility for whatever reason, e.g. persistent public protest. Also, elections have shown that political parties and candidates who far outspend their opponents may still lose the election. Money spent does not guarantee the certainty of election victory; it only underwrites it. Furthermore, without much naivety, the impeachment of an elected official or the sacking of an appointed is possible regardless of funds available and the interests of funders.

The pessimism borne of the supremacy of the guilty accuser syndrome in any society is an intractable one. Corruption becomes an entrenched and dominant form of social organisation in the affairs of the nation. Dependable, conscientious, moral and able politicians never or rarely get elected or appointed to office. Who will then do the work of nation-building and advancement? Conversely, the more corrupt a politician is, the more likely he or she is to get into political office. Over time the uninterrupted phenomenon of guilty accuser syndrome produces a kakistocracy, i.e. government by the worst [most corrupt] citizens.

Do you know any potential kakistocracy? Please share the knowledge if you can. The guilty accuser syndrome might be responsible.

Muhammadu Buhari, a presidential candidate in the forthcoming 2015 General Elections, is reported to be terminally ill with cancer and complications of organ failure. The details of his medical condition/records are available from the private hospital in London, where he has been receiving intensive treatment for a while now. The man has only six months to live.

Buhari’s reaction to his unfortunate situation is that all he wants is the historical record that he was elected a democratic president of Nigeria in 2015 before his death. If he wins next week’s elections, he will hand over Professor Oluyemi Osibajo, his running mate, in July 2015. Governor M R Kwankwanso of Kano State has been lined-up to be Osibajo’s vice when the ‘time’ comes. END_OF_DOCUMENT_TOKEN_TO_BE_REPLACED 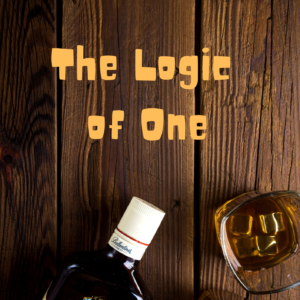 Whenever Fifties and Rong met up, it always turned out to be a promising event for ethanol use. Bottles of whiskey evaporated without a trace, but the water contents of bottles of beer were traceable to the sewers found in any town they met up, courtesy of their tipples. However, both guys were in denial of the edification they got drinking together. They never met up for trivial or leisure purposes, but ended up using alcohol creatively under the precept of the ‘rule of one’ in both rational and self-deceiving ways.

The ‘rule of one’ had started at their very first drinking meeting five years ago in a bar in St Albans. Rong had suggested they have ‘one’ drink each, one-one. It was one can of Heineken export (0.5 litres) each, a lovely drink that evening. As the time rolled on, both men sought ways to defy the rule of one, one-one. The attempt to use the maths square and cube of one failed; the result was one. END_OF_DOCUMENT_TOKEN_TO_BE_REPLACED 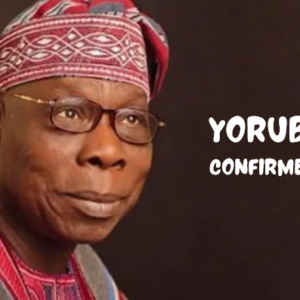 In 2012 an Odua Peoples Congress (OPC) operative intimated to me very intensely that the then President Olusegun Obasanjo was a traitor to the Yoruba race citing many things he did as military and civilian head of state as proof. One accusation was the nationalisation of Western region-owned assets to the federal government dominated by the Hausa-Fulani. Another accusation was the initiation of the transfer of the Nigerian capital from Lagos in the South-west to Abuja in the North. There were other accusations mentioned and they were supposed to persuade me and others that Obasanjo was a thoroughgoing agent extraordinaire for Northern hegemony or imperialism. In the 1960s and 1970s, the nationalisation of major industries was a global vogue and blaming Obasanjo as one head of state in a thoroughly global trend is harsh. END_OF_DOCUMENT_TOKEN_TO_BE_REPLACED

The Nigerian university campus grown fraternity (UCGF) tended to start well but end up acquiring a good number of psychopaths. Most members of these fraternities are serial victims of these psychopaths (sometimes the same ones) who eventually and permanently hold the reins of power. Why would educated men endure being repeat victims indefinitely? Richard Dawkins’ Self Gene holds the answer; these fraternities are enclaves that contain cheats (psychopaths), suckers (victims) and grudgers (resistors to psychopaths). The tolerance of Cheats in fraternities reveals far more about them than is sanely desirable.

END_OF_DOCUMENT_TOKEN_TO_BE_REPLACED Upon reviewing the current upheavals in North Africa and elsewhere on the continent, I felt it is necessary for us – African academics, scholars and intellectuals – to take stock and a fresh look at ourselves: What role have we played in advancing the cause of liberty and improving governance in post colonial Africa. Our record is not very good. Sometimes, self-criticism is necessary in order for us to make progress. You do not have to agree with what I am going to say – diversity of opinion is healthy. There have been outstanding individuals among us who risked death to champion the cause of freedom in Africa. However, as a group we have let Africa down badly by not providing intellectual leadership to the democratic struggle. END_OF_DOCUMENT_TOKEN_TO_BE_REPLACED