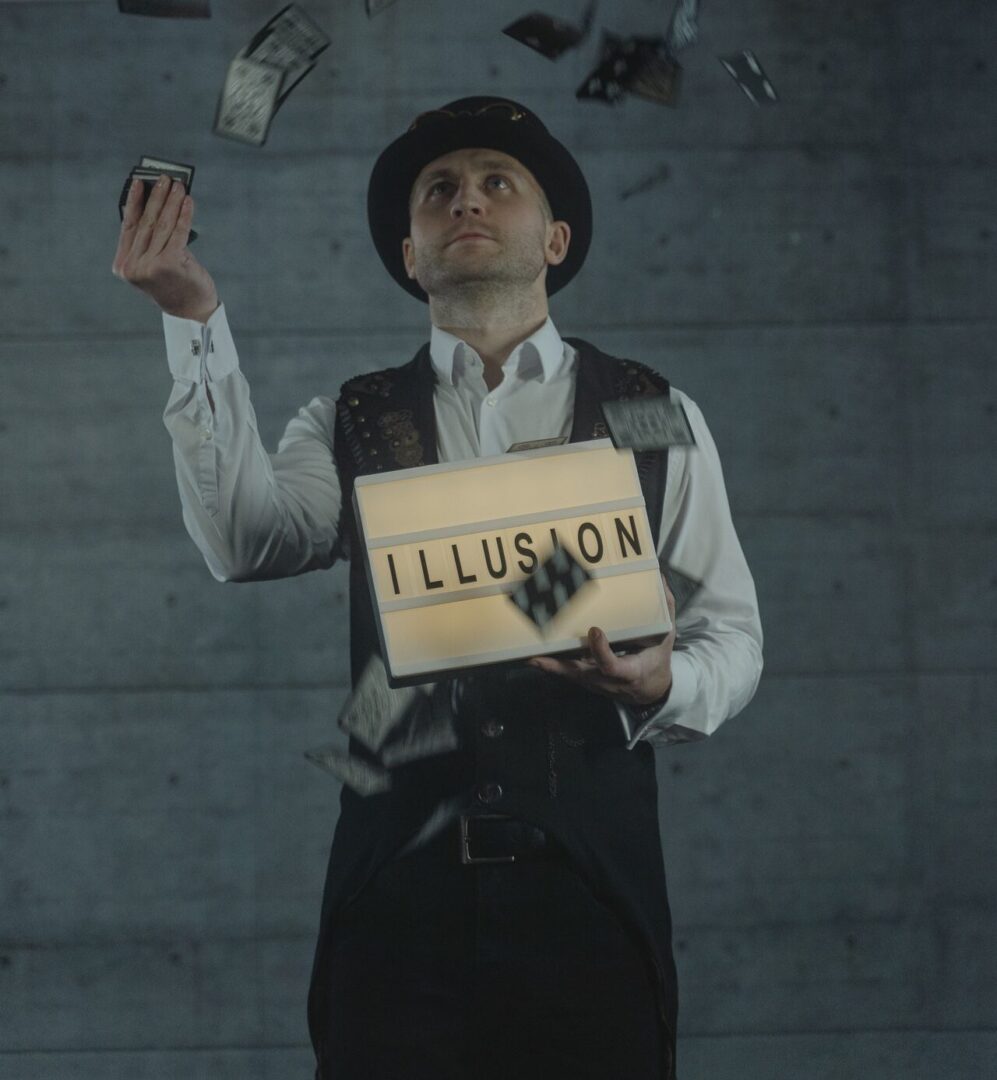 As we approach the uncertain aftermath of the COVID-19 pandemic, many developed and developing societies remain shaken, disrupted and precarious. Jobs and austerity are the main tacit or stated socioeconomic fear of most people. The political economy of despair we are witnessing never enters the perception or the historical heritage of a nation, place or people with positive reception. We accept COVID-19 as a global pandemic is a tragedy. Most will survive it, but the death toll remains staggering and the caused disruption colossal in many countries. Our daily transactions, interactions and relations society and the economy rely on had to cease indefinitely, but for how long?

The problem for most citizens around the world is the survival of their regular economic and social expectations. Individuals have had to deal with many trenchant uncertainties at once, unawares. Jobs, businesses, opportunities, property, status, privileges, leisure and rights, many aspire to or worked so hard to attain are now looking like the glimmers of a past era. Yet, in our free-market-oriented world, orthodox economic theory demands everyone without exception must be rational in their actions. Rational cannot prevent winter or make disasters disappear instantly. To ask robust rationality of citizens under conditions of despair or even prosperity is quite a stoic demand. The political economy of despair under the current paradigm is never complete without the contradictions it produces.

Building Back Better the economy and society post-COVID-19 for ordinary citizens is a concept that tends towards pessimism. Optimism in the economic outlook after a crisis we take for granted in rich and developing nations alike for decades. Rebuilding by recovery and reconstruction after a recession is what countries do predictably, and it works. There may be no more predictable days, such as those for the foreseeable future. The emerging questions that arise are simple enough. From what criteria are we building back? For whom are we going to build back the economy and society? How can nations best empower citizens to rebuild their way of life? The answers should be simple, but they are not.

Are we building back to into the future? Or back to 2019, 2006, 1999, 1987, 1979? These were the immediate years before the COVID-19 fuelled recession; subprime housing induced economic crisis; the dot.com bubble disaster; the Black Monday stock market crash; and the year before aggressive neoliberalism gained ascendancy. These events have proven beyond doubt the Minskian truth that capitalism is inherently unstable, recessions under such an economic system is integral. Is capitalism itself the problem and revised capitalism or an alternative best solution? Any institutional or complexity economist will reassure us economies never grow or develop backwards; a butterfly never emerges backwards into a slug. We will have to build forward into the future.

The global elite, be they the top 1 per cent or 5 per cent, have done very well from most economic crises in recent times. A recent headline announced that Jeff Bezos of Amazon is in pole position to become the first trillionaire on the crest of COVID-19. Interesting news. As crisis come and go, so does the net proportion of the wealth of the global elites increase in the prescribed recovery. In a boom, the global elites win [huge profits], and in a recession, they win, just the same. Who then bears the burden of the economic crises? The 99per cent, 95per cent, the working or ordinary people; they are the burden bearers of market failure, and they have not enjoyed the benefits of recent recoveries. Labour end up worse off or undergo dispossession. Salary freezes and pay cuts for working people are in sharp contrast with continuous record-breaking pay rises, benefits and bonuses of the top 1 per cent or 5 per cent. A symptom of recovery has become steep inequalities and high Gini coefficients. The elites get tax cuts, tax credits, debt write-offs, interest-free loans, subsidies, bailouts and favourable legislation to survive recessions. The ordinary people take the brunt of the tax increases, severe public spending cuts, inflation, small investor’s luck, job uncertainty, job losses, career termination and experience much tighter reregulation in their daily lives. Recoveries are the guarantees for the bounties of the global elite.

We now have the not-so-recent notion of a “jobless recovery” from an economic recession to examine. Recessions do shrink workforces and recoveries necessitate a worker doing the tasks of four colleagues; multi-skills? Automation is irresistible to corporate owners unless labour is dirt-cheap. Fewer employees equate to higher profits. For every ten jobs lost, only three will return with similar pay and benefits. Many created jobs have minimal or no benefits. Just before the COVID-19 pandemic, people were getting used to the realities of the capricious “gig economy.” A newer realisation for the economy is the ascendancy of Artificial Intelligence in the workplace. The threat of hardware automation to human labour has been around and gradual for decades. Now the threat to labour is “smart” software-based algorithms, and it promises to be rapid post-COVID-19. While economies are facing skill shortages, they are likewise rendering skills superfluous as a natural evolution of technology. The prospect of a jobless recovery from COVID-19, many workers and job seekers fear, is inevitable. Such fear comes from experience and an increasing understanding of the current economic rules of the game, are less and less concerned with the livelihoods of working people.

Austerity has an ingenious but absurd logic; an expectation that ordinary people will spend their way out of a recession into recovery with less money in their pockets. The absurdity of the current manifestation of austerity found its birth in a 2009 paper titled The Aftermath of Financial Crises by Carmen Reinhart and Kenneth using erroneous data and producing fictional conclusions. The paper sits in a trash dump, but austerity’s fiction has not stopped policymakers from embracing its usefulness for free markets. Economic stimulus was the solution, not austerity measures. Governments of several economies entered the COVID-19 pandemic, having exercised the economic Occam’s Razor to public spending, unrestricted. The offered excuse they [the governments] were unprepared for it, is neither persuasive nor comforting. Necessities you cut to create manageable deficiencies you will have to overcompensate for when those necessities become necessary.

A positive thing to come out of the economic uncertainty is the hope in the possibility of rethinking government policy for the economy and society. People do not have faith in free markets anymore and corporations and never believed in trickle-down economics. Should they? Many are sure governments can better manage the economy provided the political will exists. No one forgets the challenge of Rowan Williams, the Archbishop of Canterbury, to the then Prime Minister, David Cameron. That the PM was implementing ruthless policies [austerity] no one voted for in the elections. People still are against cuts and austerity. They are no longer willing to work three to four jobs a day to stay poor or having a professional job, but unable to join the property ladder. Ordinary citizens know you cannot vote against the interests of big banks and large corporations, and the government always does their bidding. Everyone understands the immiseration hammer called inflation. Disclosures and scandals of crony capitalism offend the majority. Obscure secrets and mystiques of neoliberalism are now common knowledge and no longer wields the quasi-immanence it once had. Everyday people, the masses, know what they want, but the governments they vote into power do not give it to them. Building Back Better inclusively is a monumental challenge considering the prevailing ground rules..

The keen expectation of the people is now on for a new economy, a people’s economy–an economy for which they cast their votes. It will happen; the people want it. We must not forget the cost of achieving such an economy. Who will pay for it? If the people pay for the economic disasters due to no fault of their own, they should fight to enjoy the wealth of their nations purposefully. Let us hope the cost is not too high.

After reading “War is a Racket” by Smedley Butler, the most decorated and honoured United States Marine, a very slim book, I came to understand the indisputable profitability of war. Reading the works of Anthony C Sutton, a pariah in intellectual circles for the truth he tells, (see “The Best Enemy Money Can Buy” and others) made the lucrativity of war a confirmed fact. My father, J D Tadaferua in the mid-1960s, before I was born, became skeptical of the ideals of Western democracy after he was given a copy of “The Power Elite” by C Wright Mills by Claude Ake, famous Nigerian political economist, with particular reference to the Military Industrial Complex. END_OF_DOCUMENT_TOKEN_TO_BE_REPLACED

As much as many may try, it is not possible to make sense of the current political realities of the Federal Republic of Nigeria by any conditions that preceded the Civil War (1967-70). This is not a case for perceived discontinuity but exceeding and sudden transformation. Nigeria only became a full state after the beginning of the Civil War, considering her acquisition and use of state power via centralisation. This is because during and after the war, Nigeria ceased to be an intended ‘uniform federation’ and opted since the administration of General Yakubu Gowon to be a two-tier state; the federation and its colonies. Nigeria is truly an “auto-colonial state” today, a fact obscured for 50 years. END_OF_DOCUMENT_TOKEN_TO_BE_REPLACED

The Senate probe into the management or mismanagement of the Nigerian Electric Power Sector (NEPS) is a long awaited and welcome undertaking. However, it is an undertaking that will trigger and sustain a lot of skepticism about its potential success in the minds of innumerable observers of various persuasions, both foreign and local. What will come of it?

END_OF_DOCUMENT_TOKEN_TO_BE_REPLACED

It has become increasingly apparent that the most desirable women in the eyes of Nigerian men in diaspora from Nigeria to join them in matrimony are medical professionals. Female doctors, nurses, pharmacists, radiographers etc. that have already qualified in Nigeria are incredibly well-valued as migratory wives by men in the diaspora. Women who can and do qualify as medical professionals after they arrive in diaspora either as single or married women are also very well-valued by suitors and husbands, respectively. The reason is almost exclusively economic, but there is a price for marrying a woman who is sure to earn more than her husband shortly. What is it? END_OF_DOCUMENT_TOKEN_TO_BE_REPLACED

Development in Nigeria is narrowly focused “brick, mortar and tarmac” constructions with imported technology gadgets thrown in, which is broadly appreciated by the masses and bragged about by the “developers”. Livelihoods, human development, life protection, life preservation and other aspects of developments in Nigeria are yet to kick-in as development objectives or indicators. Furthermore, the brick, mortar and tarmac constructions often have been elevated to mythical and unspoken dimensions as development achievements. Such thinking is a habitual turn of mind which has not evolved beyond pre-Independence expectations of development in developing nation ever-pregnant with hope.