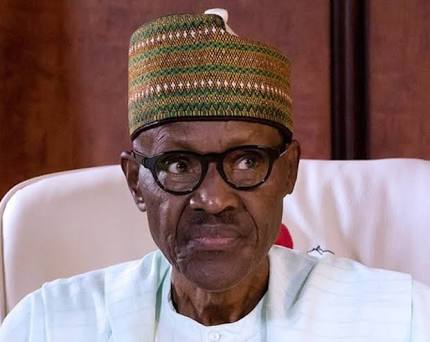 The ASUU Strike and the Crapious Revolution 2

The Academic Staff Union of Universities (ASUU) and their colleagues Non-Academic Staff Union (NASU) are not accepting globalisation straitjackets that leave them so worse off they become redundant to academia, to society and to themselves. You cannot do that to the most intelligent professionals in the country and get away with it. Well, you can try.

The unwitting provocateur of the coming crapious revolution is the Government of Nigeria (GON) itself. Since the 1980s, the GON have found ever new ways to undermine working people by gradually decreasing their pay and benefits or even sacking them en masse. The private sector does the same, even rich oil companies. We know it as globalisation.

“People will always survive,” as if by magic, is one of the most spoken phrases of the ruling elites, national and local. The ruling elites and their followers expect Nigerians to cope with rising inflation, currency devaluations, lesser public services, goods dumping, a gross lack of public security and similar with ease and without complaint. These same elites stash their families and resources in countries with high competence in good governance. Welcome to the Two Nigerias.

The ASUU has one of many good reasons to strike. It is the insidious and capricious management of salaries for academic staff by the Integrated Personnel Payroll Information System (IPPIS). The GON established it in 2006 to sanitise the highly corrupt federal civil service payment system that was full of ghost workers.

The expulsion of ghost workers should save the government money. Something else is happening, though. Several lecturers and professors we spoke to at federal universities confirmed the GON has privatised the IPPIS to a presidential aspirant. If this is true, and the person becomes president in 2023, Nigerians can kiss affordable public universities “Good Bye.”

The IPPIS slashes the salaries of academics by up to 98% sometimes. Not only that, arrears owed to academics they receive in trickles and only one in three get paid. Countless academic staff have been without pay for months and years. How do we expect them to survive? We will explain this in detail later on.

If pay slashing is so good for workers, why not start with the overpaid Senators and Representatives? Or the estacodes for public servants travelling overseas? What about the exorbitant luxuries ranking government officials swim in? Or the security vote that is nothing but glorified pocket money for elected executives?

The IPPIS is brutally robbing deserving workers and stripping, in this case, the financial autonomy of universities. It appears ASUU is the most vocal and least tolerant of the injustice. It is true some academics praised the introduction of IPPIS in its early years. Are those academics still hailing IPPIS today?

The incentive of IPPIS from the beginning was theft from workers, amorphous activity and tyranny. IPPIS is a dictate from the World Bank that has vast experience of failing policies in Nigeria. The World Bank is an expert in knowing IPPIS is severely corrupted. The naïve who celebrated its introduction does not understand the political economy of Nigeria. Or had something personal to benefit. Or a reputation to save.

We all remember the implementation of the Treasury Single Account (TSA). They heralded it as the tool that ends corruption in Nigeria. Grimot Nane Zine was a lone voice in explaining the TSA was more likely to encourage corruption than curb it. Has the TSA solved the problem of corruption in Nigeria ever since? We should ask the same question about the IPPIS.

Under this privatised ownership, the dubious focus of the IPPIS is saving the country money by ruining the livelihoods of genuine workers. Is that good governance, or a dividend of democracy? Do not forget globalisation abhors democracy. But Nigerians want democracy with all their hearts.

Currently, the IPPIS website is not available. Many wonder why? The name of IPPIS shall soon change its status to a private company. Wow!

One should hope that as the GON has provoked the ASUU strike and its consequences in 2022, society does not end it. Wisdom should tell us, what does the GON care? Well, they will care when overtake overtakes.

To be continued in The ASUU Strike and The Crapious Revolution 3.