Fulani herdsmen have always secretly been subversives monitoring and reporting activities throughout the length and breadth of Nigeria and they have paymasters; so my source affirms. This information, however, does not explain the ostensibly ‘senseless phenomenon’ happening frequently in Nigeria today; the killing/kidnapping of Nigerians all over the country by Fulani herdsmen. The long-hidden history of Fulani herdsmen grazing their cattle all over Nigeria should no longer be a secret.

Before we go any further it must be made clear that this article does not [intend to] suggest in any way that Fulani people of Nigeria are spies or subversive. Furthermore, not all Fulani herdsmen are spies. The actual spies and their paymasters use many unwitting herdsmen to make up the company.

The Fulanis have often been said to (a) not be a ‘nomadic’ ethnic group and (b) it is the ‘conditions of Nigeria’ that make their herdsmen peripatetic cattle grazers. The (a) part of that statement is true but the (b) part is wholly false. From the days of the “Fulani Jihad” in the early 1800s, the Sultanate of Sokoto like every ancient and modern empire in history needed spies “to watch” their “newly conquered lands” closely. The Fulanis of that era were skilled horsemen who found it easy to conduct expeditions, surveillance, and war in the Savannah region of West Africa.

With the ‘benevolence’ of Lord Lugard, the Fulanis who were the dominant group of the British Northern Protectorate were bequeathed (through amalgamation) the Middle Belt and Southern Nigeria, the British being the colonialist and the Fulani being the auto-colonialist [co-colonist]. As the British had to spy on Nigeria to make sure its interests were safe, the Sultanate had its own form of espionage too which included Fulani herdsmen as information gatherers and transmitters. The Middle Belt and Southern Nigeria were heavily forested and the horsemanship advantage of the Fulanis was strongly negated in such terrain. Espionage by foot became the necessary choice, hence the nomadic ‘trekking herdsmen’.

The use of Fulani herdsmen as skilled spies is a highly ingenious concept and practice because it has very successfully avoided detection for two centuries. The peripatetic grazing on the land of ‘others’ is the ‘decoy’, spying is the true purpose and function of the practice.

The success of the Fulani herdsmen in keeping his profession as a spy or mole secret for so long could be explained in the construction of his role and identity. The Fulani herdsman is a “faceless mole”; he is faceless and nameless to the people he spies on. The Fulani herdsmen have no interaction whatsoever with the peoples whose land he grazes his cattle upon. “Herdsman comes, herdsman goes” is how they are seen. All of them are ‘seen’ as the same and thus, have a singular identity. Since they do not bother anyone, no one bothered them; it works well for their spying/subversion gig.

The Fulani herdsmen have secretly developed a robust network ‘safe houses’ and ‘facilitators’ crisscrossing the whole of Nigeria to support them in their subversive activities. The transportation of information, mostly written [in Arabic] and photographic, between facilitator-facilitator and facilitator-headquarters (and the reverse) is part of the role of the herdsmen. Faxing, the Internet, and mobile phones may have made the role of Fulani herdsmen as ‘trekking spies’ a bit redundant and less prestigious. Is this why they have resorted to more militant practices? Meanwhile, the herdsmen routinely share in-depth knowledge of the strategic weaknesses and strengths of communities they ‘visit’ for their cattle grazing.

My source emphatically insists that the current wave of killings/kidnappings by the Fulani herdsmen all over Nigeria have very sinister and perhaps grand intentions. His concern is why would traditionally passive spies suddenly become agent provocateurs? What are the paymasters of the Fulani herdsmen trying to achieve by arming them and granting them impunity when they provoke communities they ‘visit’ with murderous violence? In the past, the herdsmen used to travel in small groups but now they can ‘visit’ communities in groups of hundreds armed with assault rifles using motorised logistics. My source could not tell the reason for this transformation and was not willing to speculate.

Nevertheless, my source affirms the British since amalgamation and every successive government has some department or agency that is fully aware of the use of Fulani herdsmen as spies with documents to prove it. When it was passive spying it was okay but now it has become violent it can no longer enjoy its privilege of being secret. It has become a deeply embedded cultural instrument of ruling-class Fulani to use herdsmen as spies. Just as the Samurais were very important to Japanese emperors for well over a millennium and the Ghurkas very valuable to the British for two centuries now, so are the herdsmen valuable and important to ruling-class Fulanis. Honours!

This brings up the question, is the Sultanate of Sokoto working in collaboration with the Government of Nigeria (GON) on the herdsmen issues? When hundreds are slaughtered in cold blood by Fulani herdsmen the GON is mute, but kill a few herdsmen and the same GON makes the incident a priority. Kingsley Omowe on 16/04/2016 tweeted, “Buhari dealt ruthlessly with Boko Haram, he wants to deal ruthlessly with pipeline vandals but wants a lasting solution to herdsmen crisis.” That is a very telling political statement rich in doublespeak. President Muhammadu Buhari is a Fulani who owns at least 150 cattle.

Currently, bills are being pushed in the National Assembly as solutions to the problem of Fulani herdsmen ‘visitations’. One is a Bill to establish the “National Grazing Route and Reserve Commission” which will have oversight of Grazing Routes and Reserves in all parts of Nigeria and the other is a Bill to create a “Department of Cattle Ranches” within the Federal Ministry of Agriculture for regulating cattle ranching. The former Bill will perpetuate the spying/subversion by herdsmen and latter will end it. Guess which one will pass or gain precedence?

Whatever happens, the spying/subversion of Fulani herdsmen and the intentions of their paymasters are no longer a secret. 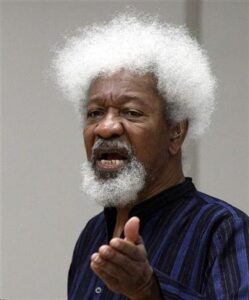 Leave a Reply to OmonighoCancel Reply