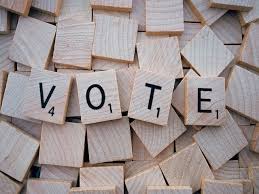 Never underestimate the wisdom of the old saying, “what Britain needs is another good war”. Peace, jobs, wages, NHS are boring and responsible for the national malaise in politics. Or are they? The May 5th local elections are over and the June 8th general election is on its way.

Non-neoliberals can forget about standing for & winning elections anywhere. Politics in “modern” democracies is a certified neoliberal activity backed by “how dare you vote for anyone else!” personalities, a thoroughly neoliberal media, incredible neoliberal financing, “is it real?” neoliberal persuasion… The STUFF of “inverted totalitarianism”, a gift to the world from the ascendancy of “corporate suffrage”. Even if you win the election you contest, how are you going to cope with the STUFF? With the everyday voter and hoper on your side? Really? History is someplace else now. If the neoliberal personalities can’t beat you, their bags of money will or their airtime or their candy vans… will crush you. All in, it is the biggest, most subtle and most distorted game ever of “If You Cannot Beat Them You Join Them”. Still want to play?

Many used to be highly impressed with Chris Hedges’ of repeated quote “You cannot vote against the interests of Goldman Sachs”, a tribute to the’ corporate coup d’état in slow motion’ of Western democratic politics and an exposure of the corruption in politics “hollowing the economy from the inside out”; neoliberal politics in a breath. What holds the attention of many now is the pervasive “how dare you” politics suggested by John Pilger. People are expected to ‘dare not’ vote against stagnating or shrinking wages / work benefits [in real terms] while those of their bosses mushroom into the obscene. How dare the people vote against lesser and less access to good education, quality healthcare [the NHS], social amenities or affordable accommodation? If we assume that the interests of working-class [the largest and most significant constituency of voters] and the under-class are too irrelevant to consider in elections, the middle-class is taking a big hiding from neoliberal politics. The middle-class are increasingly having nowhere to hide. I wonder how many members of the middle-classes become déclassé identifiers, by the day. Austerity has become a saviour and solution, to the crimes, excesses and failures of the neoliberals themselves. More neoliberal casualties awaited, more bill-paying to be expected. The tragedy, is that under neoliberal rules, we ‘dare not’ vote against the conditions that affect us adversely as should be the case in a genuine democracy. Up to recently it was fashionable to think only the governments of Third World countries could be bought and paid for. Elections are very revealing events.

Election voting based on immigration and international relations is quite interesting now in the UK. One story tells of Labour voters who turned UKIP and now Conservative because of Europe and immigration citing a favourable newspaper coup for the Prime Minister who claimed that the EU Commission is effectively  interfering with UK elections. Such is a politically interesting coup that was intended to overshadow more important issues. The obviously neoliberal Democrats tried that on Russia in the last US presidential elections. Can people still vote their conscience in the UK and get even a fraction of what they expected out of it? Vote Labour, Vote Conservative, Vote Lib Dem, Vote Green, Vote SNP, you are voting for a narrow uni-linear neoliberal agenda, regardless of your intentions for voting. And they are totally fed up of what politics has made of Britain.

The other story is that many indigenous Britons and those born in the UK are leaving in great big batches for greener pastures and peace of mind [if they can afford it, many cannot] to “anywhere but here”. Why are they running away from the once or still great UK? A total of1.26 million Britons emigrated to Australia in 2006 alone. Why? In search in of a better life, politics and country? Neoliberalism wins both ends of the immigration dynamic; firstly, it successfully forced citizens from other nations to seek refuge in the UK (and the rest of the West) after structural adjustment policies straight-jacketed their local economies and now it is achieving the same success in forcing the British to rush to other lands. No job for life is becoming no home for life. Ironically, you can be sure that “foreign aid” to developing nations will increase, the government has a global ‘empire’ to maintain; such never gets discussed at election times. Which prime minister will ever make a campaign promise not to invade another sovereign nation while in office? Well, the permanent war economy is very good for ‘business’.

Whoever won in the May 5th local elections or wins in the June 8th general elections, for the cameras and history, the real winners in UK politics will always be the ‘faceless and anonymous’ neoliberals complete with their insidious and undemocratic manipulations of politics and parliament that serves their narrow interests well. Our pressing political reality today is, you cannot vote against the interests of the neoliberals, “How dare you!!!”