It is easy to deride Nigeria and Nigerians because there are ample bases for it and its often convenient; “Nigeria is a Nation of Thieves” as Colin Powell once said or “Nigeria is a Nation of 419ers” or “Nigeria is the most Corrupt Nation in the World” etc. Such derision about Nigeria is mostly about deception and corruption. Unsurprisingly, these vices can be said to be surreptitiously caused in the national primary education institution of the 1970s onwards, attributable to the “New Oxford English Course Reader” (NOECR); the only literature, virtually poison, available to Nigerian primary school kids in the curriculum.

The NOECR is an English language textbook. It ran two story series. The first series is about “John and Ayi”, siblings who go on a trip with their parents round Nigeria visiting key locations. The moral is to educate the primary school pupils in the rich diversity of Nigerian people and places. It is totally useless for the purpose! Less than 1% of Nigerian children get to enjoy the thrills of tourism. Furthermore, a Yoruba professor in the Geography of Nigeria will tell you Bini man or Ibibio man is Igbo; an Igbo Professor in the Anthropology of Nigeria will tell you a man from Tiv or Birom is Hausa; and a Hausa professor of the Town and Regional planning of Nigeria will tell you Warri is in India or Eket is in China. If professors on these subjects cannot understand ethnic and regional differences, how could primary kids? Yet, tribe is not the focus of the article but a unified ethically consistent foundation in training the youth using the nation’s adopted ligua franca, English language.

The second series is about an Oriental scoundrel (see picture the above), Ali, who is crouching, cunning, thieving, heartless, furtive and deceptive (cf Orientalism by Edward Said). Ali is portrayed in stories in the NOECR like “Tea without Sugar” and “Ali and the Angel” etc.; the stories narrate the workings of a skilful con artist and a villain that wins by his tricks anyway. This second series is far more interesting than the first to kids. By instinctive morality, Ali was not a role model kids could speak about with their parents or adults nor could they identify with him among peers; they simply internalised him in the core of their discursive. Ali had to be sublimated passively in their minds and from there he wreaks havoc today. This was a very powerful but poisonous influence on the minds of children in school in the name of education. It should not go unnoticed.

How did the NOECR get into the Nigerian primary school curriculum? Why was it not protested by Nigeria’s innumerable educationists? Is Africa devoid of heroes, real or imaginary, that kids could learn about? What kind of role model is Ali to be subliminally deposited in the psyche of Nigerians now in their 30s, 40s and 50s?

Having been raised in the UK in primary school my first class was read a host of fairy tales by our teacher. At seven I went off to boarding school. I arrived half way through the term and the story “The Secret of Skeleton Island” by Robert Arthur was being read to my class. In next three terms a most gifted but brutal teacher read us “Treasure Island” by R L Stevenson, an adventure story of British dominion and pride; “The Hobbit” by TRR Tolkien, a story of outstanding imagination and imagery; and “Robinson Crusoe” by Daniel Defoe which has endued me with admiration for the human spirit in or outside adversity. The teacher did not only read to us, he would explain the context, history and meanings of these stories. It was a sound and non-materialistic education, I was nearly nine then.

A nine-year old Nigerian kid already knows his father has to build a house / buy a jeep to gain respect. Or that her mother should never share any information that would benefit others. Or that when he grows up he would never ‘trek’ (walk or use public road transport) but own cars. Or that she is going to marry a wealthy man when she grows up because she does not want to suffer. When these things are not possible or available, Ali rears his head in their head; and an amoral universalism seems to be intuitively accepted by most like some collective unconscious. Thus, Nigerian kids grow up too fast to materialism and their expectation can be moderate to highly obscene; greed and corruption are inevitable. The members of the society in which these kids live are graduates (or victims) of “Ali-poisoned psyche”, yet we expect discipline, fairness, trust, conduct from citizen as morality or civic responsibility. This may sound like extremely unfair blame on primary education an a simple book but as Proverbs 22:6 declares, “Train a child in the way he should go, and even when he is old he will not turn away from it“, one does not have to be a Christian or Jew to agree.

The “Ali psyche” transmission and its impacts  are undeniable. This is not to deny any other influences that makes Nigeria what it is for the worse.

The solution to this most tragic mis-education may be simple on paper but incredibly difficult in practice. De-conditioning Nigerian adults to not think like Ali is almost unthinkable. However, for the future children should be allowed to be children again, at least through an ethically consistent early formal education and the story books should contain characters that definitively create, enhance and uphold a Better Society. No more crooks, no more glorifications of crookedness for the children. 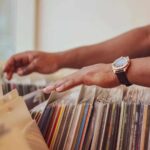 END_OF_DOCUMENT_TOKEN_TO_BE_REPLACED

Our Lands Must Bleed No More is an activist’s plea and determination to end the cumulative and inimical genocide of people of the Niger Delta in the name of “oil extraction” and “national income”. Nnimmo Bassey’s essay is a worthy effort in the remembrance of the “Umuechem Massacre” of the Etche people in Rivers State, Nigeria on the 31st October 1990. END_OF_DOCUMENT_TOKEN_TO_BE_REPLACED

Nneka Okona’s piece on the “wrongful appropriation” of female African dress is an interesting, challenging and well-written read but has a misplaced tone to it.  The piece pleads for the Nigerian dress / attire for women to be worn exclusively by Nigerian females because non-Nigerian ladies merely fetishise something dear, central and cultural to Nigerians and the authenticity of their lifestyles. END_OF_DOCUMENT_TOKEN_TO_BE_REPLACED Comment: Over the past six years I have written several articles about the wrongs and decadence of University Campus Grown Fraternities (UCGF) (some deleted) with insider knowledge. I more recently even developed two essay series out of them, namely, Fraternities are Viruses in Nigeria and The Leadership of a Bad Brother (both which do not names persons or fraternities) with another series in making that does mention names. A major international media house and a documentary filmmaker have even contacted me for my expertise on the matter. However, over a decade before me, Omoleye Sowore (in 2002) had written one of the most important articles on the source problem of cults (UCGF) in Nigeria and its possible remedies. I am sure many readers will agree. END_OF_DOCUMENT_TOKEN_TO_BE_REPLACED

Prickly Heat: I just tested HIV negative. The test was requested for the new job I will start in the Middle East. I was really scared but I have come out all okay. God is great. END_OF_DOCUMENT_TOKEN_TO_BE_REPLACED 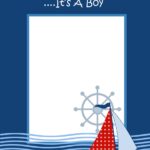 The National Association of Seadogs have inadvertently begotten a parallel fraternity known as AHOY [Boys]. There is sufficient space for both of them. END_OF_DOCUMENT_TOKEN_TO_BE_REPLACED